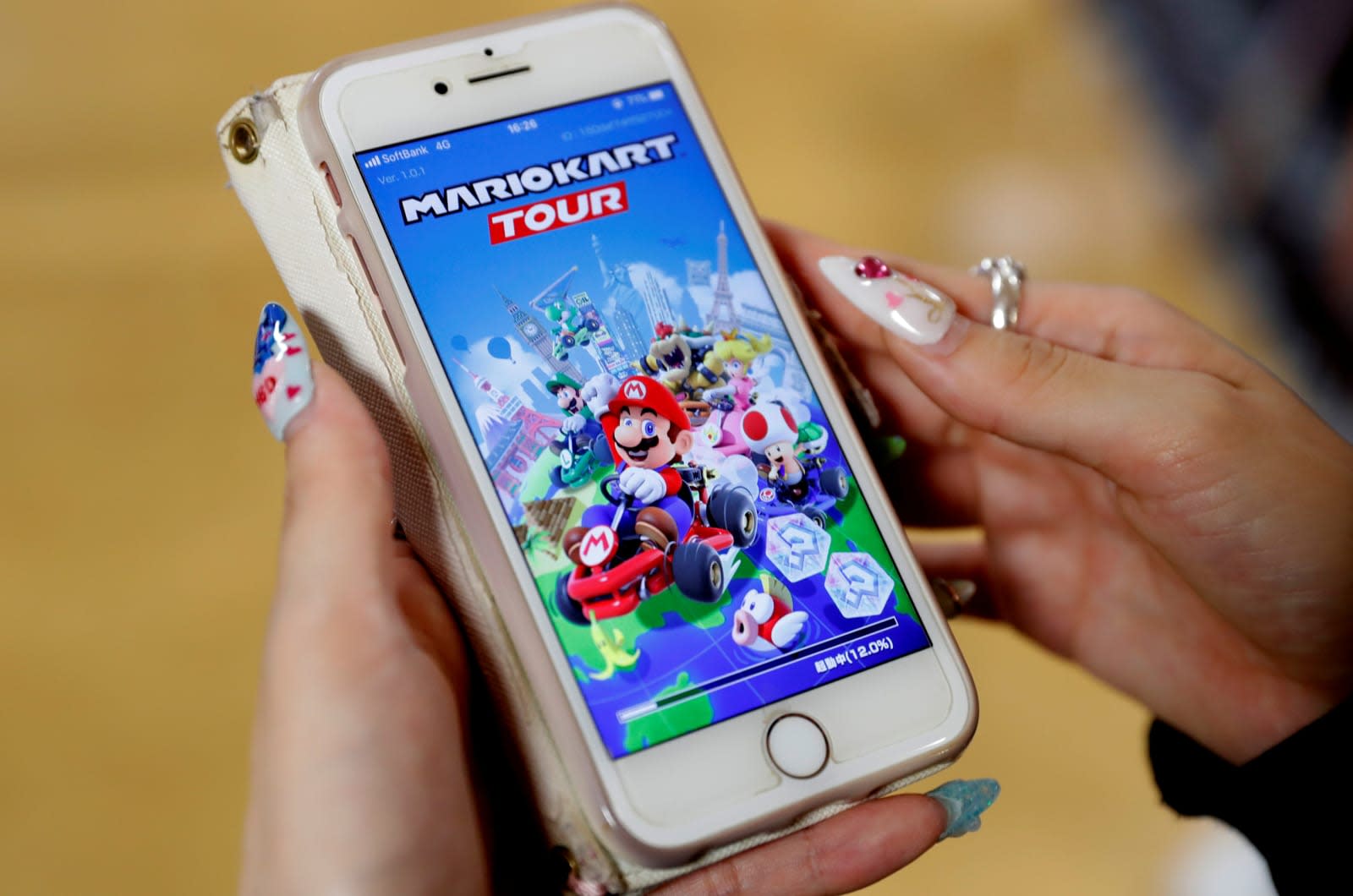 As soon as Mario Kart Tour brought Nintendo's racing game to Androids and iPhones last fall, one of the major complaints was its lack of multiplayer. Firing shells or dropping banana peels to disrupt your friends is most of the appeal, and now everyone will be able to do it. On March 8th at 11 PM ET the game will officially launch multiplayer, after testing it out across a couple of beta periods.

According to Nintendo, races will have rules that change daily to mix up the action in Standard and Gold races while the featured cup rotates every 15 minutes. Otherwise, you can setup custom races with friends or nearby players, although those won't impact progress on a grade that ranks you against other Mario Kart Tour players from around the world. We'll see if that's enough to overcome its free-to-play payment wrinkles and keep folks in the action.

You can try out the free to play racer now (or just give it another chance once multiplayer is available) via Google's Play Store or the Apple App Store.

Multiplayer for #MarioKartTour comes out on Mar. 8, 8 PM PT! You can compete against seven other players, whether they're in-game friends, nearby, or around the world. Are you ready to play? pic.twitter.com/IRwBONq560

Race against players worldwide to raise your grade under rules that change daily in Standard Races and Gold Races. When racing friends or others nearby, Rooms let you pick speed, item slot number, and more. Play your way when #MarioKartTour multiplayer launches Mar. 8, 8 PM PT! pic.twitter.com/ckkekAsbHS

In this article: Android, entertainment, gaming, iOS, Mario Kart, Mario Kart Tour, mobile, multiplayer, nintendo
All products recommended by Engadget are selected by our editorial team, independent of our parent company. Some of our stories include affiliate links. If you buy something through one of these links, we may earn an affiliate commission.