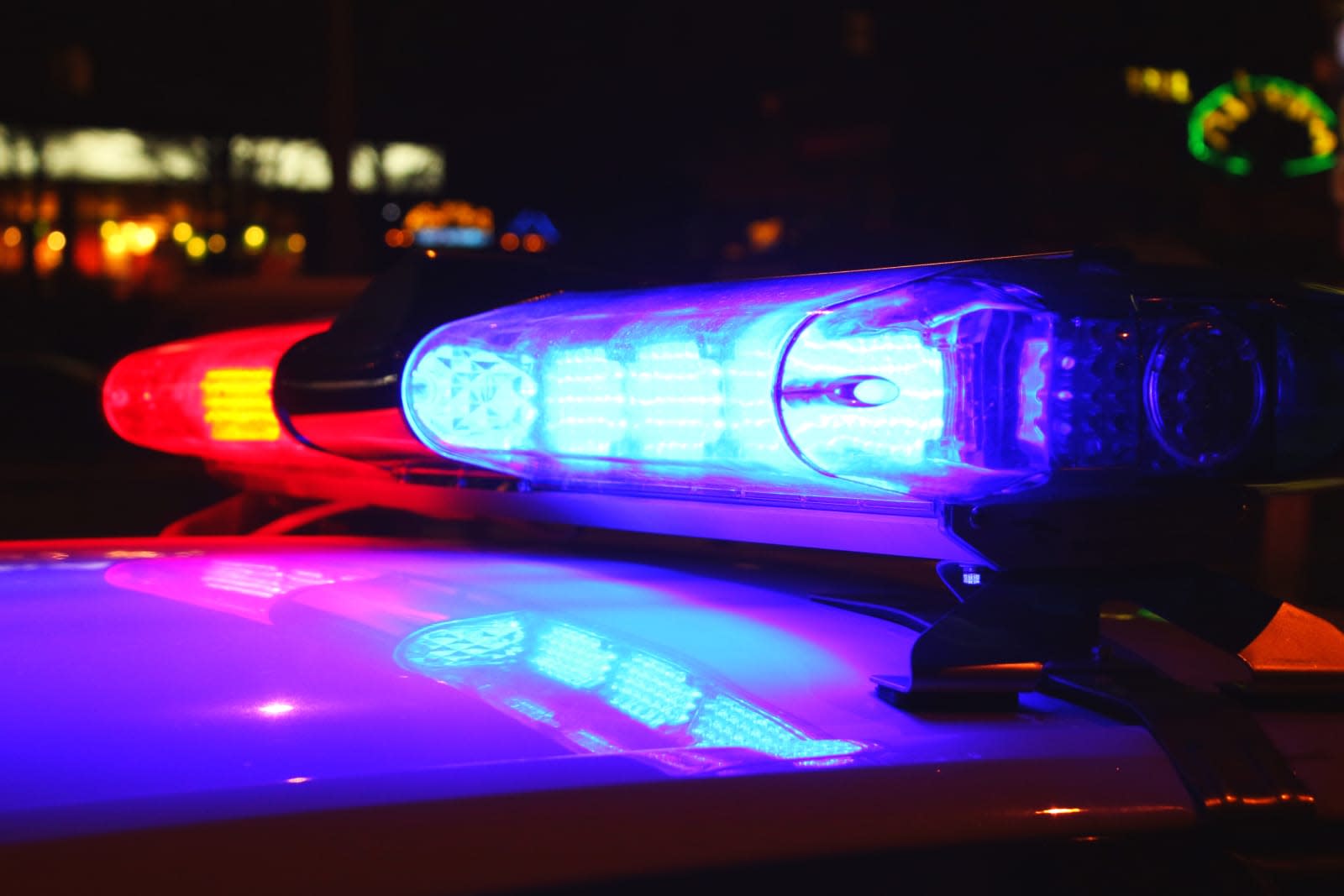 For people living in the margins of American society, Twitter's ability to connect and amplify their voices offers unprecedented social and political opportunity. Hashtags like #BlackLivesMatter, #GirlsLikeUs, and #ICantBreathe have become rallying cries whose online impacts have resulted in real-world social movement.

But not every hashtag can be a winner.

#HashtagActivism explores how activists around the world have leveraged one innocuous feature in a social media app to not just call attention to their causes, but demand justice, and push for societal and government reform.

In #CrimingWhileWhite tweets we see further complications of digital allyship emerge, but somewhat different from those of #AllMenCan. Some users engaging with the hashtag were clearly familiar with counterpublic discourses about discriminatory policing that emerged from #BlackLivesMatter networks and engaged in conversations and advocacy around these issues alongside the hashtag. These users produced a high co-occurrence in the network of #CrimingWhileWhite with #ICantBreathe and #BlackLivesMatter. While some such users were white, many were African American members of the larger #BlackLivesMatter interconnected counternetworks who found and shared #CrimingWhileWhite tweets via retweets or shares in which they added other racial justice hashtags to call their networks into the conversation. Rapper 9th Wonder, for example, became popular in the network because he actively retweeted white users' #CrimingWhileWhite tweets to his hundreds of thousands of followers. Most users in the network, however, engaged with the hashtag but not at all with the themes or hashtags of larger conversations about racial justice online, reflecting either limited knowledge or limited interest in the larger #BlackLivesMatter and anti–police brutality networks.

While one reading of #CrimingWhileWhite tweets might locate them in the tradition of activist consciousness raising—that is, educating potential supporters and legitimizers of a movement about the political and collective meanings of their experiences (in this case, experiences with privilege)—other tweets suggest a navel-gazing that recenters (and borders on celebrating) whiteness. Within both the network and the discourse of the hashtag it is often difficult to tell whether particular users are, in fact, allies of the larger movement for Black lives and familiar with the Eric Garner case (which spurred the hashtag's creation). Certainly, some users are, and the co-occurrence of such hashtags as #EricGarner, #ICantBreathe, and #BlackLivesMatter among some #CrimingWhileWhite tweets, along with some users' connections to the larger #BlackLivesMatter twitter network, illustrates intentional allyship. Yet most #CrimingWhileWhite tweets do not contain these co-occurring hashtag nods to the larger movement, and most users do not connect with or engage larger questions and networks around issues of police brutality and racism. This observation illustrates (1) the limits of allyship hashtags in the larger digital public sphere, such that the hashtag may be adopted and put to use by individuals neither particularly invested in nor informed about a pressing political project, and (2) the limits of allyship tweets that do not amount to a direct call to action. While conversations about white privilege are encouraged by the hashtag, there was no call to action, and the question of what to do about that privilege, or, rather, with it, is not addressed.

Ultimately, #CrimingWhileWhite tweets perform two discursive functions, as memoir and to juxtapose experiences. Both these functions work to illustrate the benign or obliging role white Americans are accustomed to police playing in their lives—sometimes alongside implied or explicit commentary of the very different and more nefarious role of police for African Americans.

Memoir tweets in the #CrimingWhileWhite network recount compelling personal narratives about criminal behavior and interactions with police that are dramatic, emotional, and at times astounding. Every memoir is formulated similarly: the white person tweeting confesses to his or her own, often youthful, mischievous, or criminal behavior and then describes the fairly benign interactions with law enforcement that resulted (or did not result) and the few if any consequences the person ultimately faced. These tweets paint a picture of the normalcy of "acting out" and breaking rules for white people, particularly young white people, and highlight the fact that these young people are able to mature, grow, and live full lives thanks to an understanding society that does not criminalize them.

What these memoir tweets generally fail to do is directly engage networks focused on police brutality or suggest proactive ways white allies can intervene in the system whose privileges they describe. Rather, they seem to function as a type of catharsis, allowing users to acknowledge and confess to benefiting from white privilege without clearing engaging systemic battles with white supremacy.

Juxtaposition tweets employ discourse differently. These tweets generally include an image, meme, or link to a news story about a high-profile or notorious white person's criminal behavior, and either directly or through implicit construction contrast laissez-faire law enforcement's (and society's) treatment of the person with the punitive treatment of African Americans. For example, we see the results of actions of actor Mark Wahlberg, former vice president Dick Cheney, and Ethan Couch, a young man who killed six people while drunk driving and who faced few consequences after his lawyer argued that Couch could not understand the consequences of his actions, contrasted with those of football player Plaxico Burress, Eric Garner, Michael Brown, Ezell Ford, and John Crawford.

In #CrimingWhileWhite juxtaposition tweets, white men who committed extreme acts of violence are frequently contrasted with Black men who were killed by police for minor infractions or simply by mistake. The implications are clear: white men face few, if any, consequences for bad, even extremely violent and criminal, behavior. Further, they are able to live not only productive but successful and powerful lives despite this behavior, while Black men are killed by police for far less.

In these tweets, white users move away from personal narrative, seemingly hesitant to directly compare their more generous experiences with the experiences of victims of police brutality and draconian criminal proceedings and preferring to use high-profile and egregious examples of other white people's behavior. Here, users call out the unequal application of the law through proxy examples that remove their own experiences from the equation. These contrasting tweets do more to directly engage the larger network of racial justice tweeters by regularly using the #BlackLivesMatter and #EricGarner hashtags, yet they also seem to deflect personal accountability, making white people with extreme privilege the obvious "bad" guys and the police the obvious "racists," rather than implicating themselves in the problem (or the solution).

While #CrimingWhileWhite tweets explicitly illustrate racial inequality in the legal system and white privilege through anecdotal examples, what is missing in both memoir and juxtaposition tweets is a call to action or acknowledgment of personal or group accountability and power to dismantle white supremacy. This makes the hashtag, while more organic and more popular than #AllMenCan, difficult to truly define as allyship, if allyship requires enactment of, or at the very least a call to action for the enactment of, behaviors that actively work to dismantle inequality. Of course, we cannot know what forms of activism users engage in offline, yet what we do know from #CrimingWhileWhite tweets is that personal accountability never became part of the discourse within the network.

#CrimingWhileWhite succeeded in expanding a narrative about double standards in the criminal justice system to a new audience, allowing white users and observers, some without connections to racial justice networks, to see the lack of severity in the policing and legal systems' response to white people's infractions as a common phenomenon, and begin to normalize a narrative about the differential treatment of African Americans. Yet at no point do tweets in the #CrimingWhileWhite network offer sweeping or systemic recommendations, solutions, or action responses to the phenomenon they identify, and thus they fall short of embracing the strategies for dismantling white supremacy that are popular in antiracist activist spaces. This reflects one of the greatest challenges in white allyship work in which white citizens see individual stories (such as memoirs and juxtapositions) and individual solutions (such as treating African Americans as they are treated or firing racist police) as more comfortable than acknowledging group complicity and responsibility for reimaging racist systems. Thus the consciousness raising and navel-gazing in the hashtag reveal the messy realities of online activism, in which ordinary users can take up hashtags and particular political narratives to be not either/or self-serving or reparative but both, in greater or lesser degrees.

In this article: column, crime, criminaljustice, hashtag, hashtag activism, hitting the books, hittingthebooks, internet, MIT press, politics, tomorrow, twitter
All products recommended by Engadget are selected by our editorial team, independent of our parent company. Some of our stories include affiliate links. If you buy something through one of these links, we may earn an affiliate commission.
Share
Tweet
Share