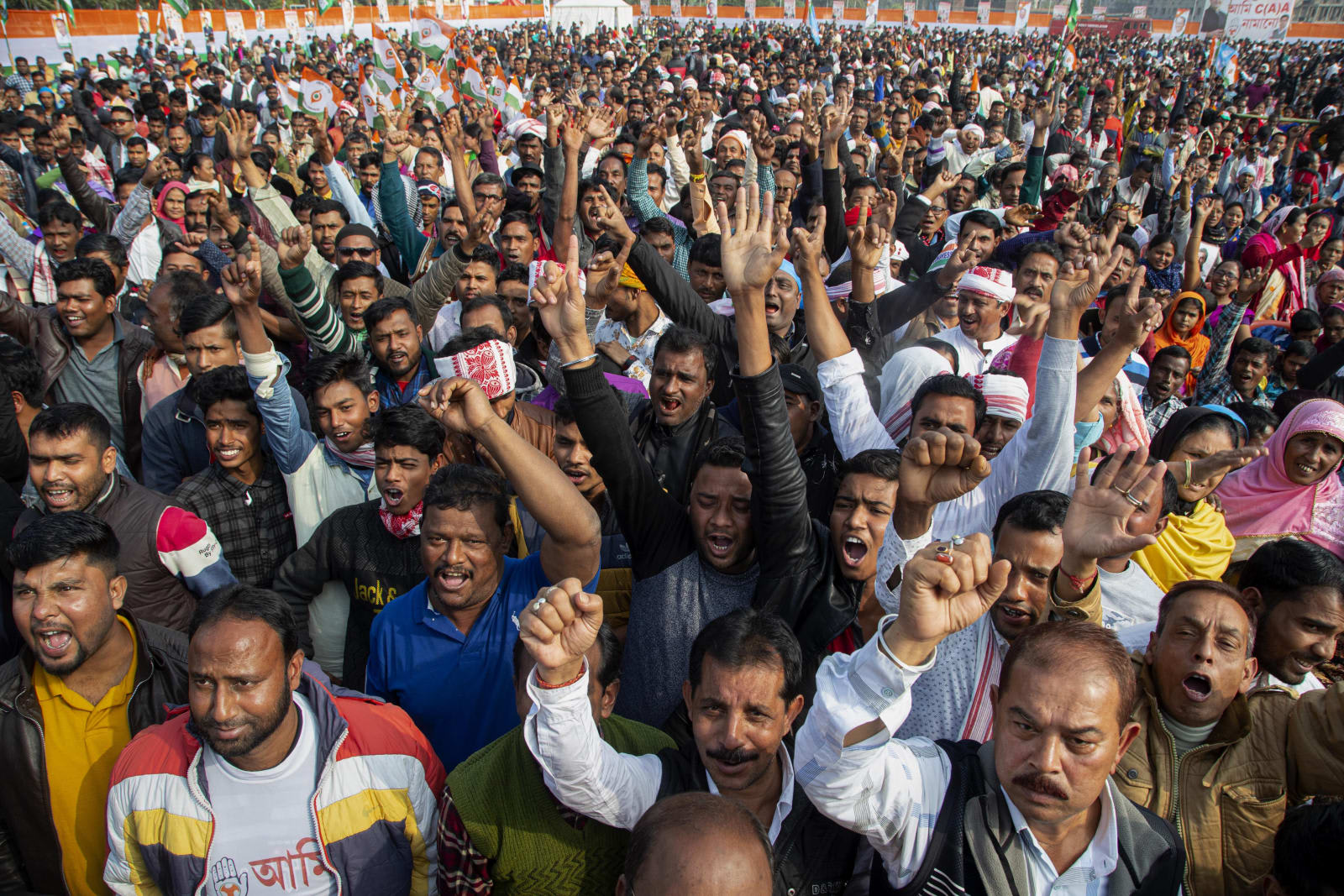 India's governing Bhratiya Janata Party has been accused of using Twitter to artificially drum up support for a law. Multiple observers have noticed that thousands of Twitter users, many of them linked to the ruling party, have been deceptively sharing a phone number meant to show support for the controversial Citizenship Amendment Act. The false claims have ranged from promising free Netflix and mobile data to job opportunities and offers of sex.

It's not certain that this is is a coordinated campaign, but the misleading tweets came soon after Home Minister Amit Shah shared the number.

When asked for comment, Twitter's Indian team directed TechCrunch to an article explaining the social network's Trending Topics feature, but the link didn't address the question.

If accurate, this wouldn't be the first instance of BJP manipulating Twitter to push an agenda. The party ran a coordinated campaign to get pro-BJP hashtags into Twitter's top Indian trends in 2017. However, this would be particularly egregious -- it'd represent outright deceit, not just promotion. And while other countries have been accused of deception, this effort would be both obvious and focused on delivering immediate, real-world results.

Source: TechCrunch, HuffPost
Coverage: Amit Shah (Twitter), Meghnad (Twitter), Netflix India (Twitter)
In this article: bharatiya janata party, bjp, citizenship amendment act, gear, india, internet, politics, social media, social network, social networking, twitter
All products recommended by Engadget are selected by our editorial team, independent of our parent company. Some of our stories include affiliate links. If you buy something through one of these links, we may earn an affiliate commission.