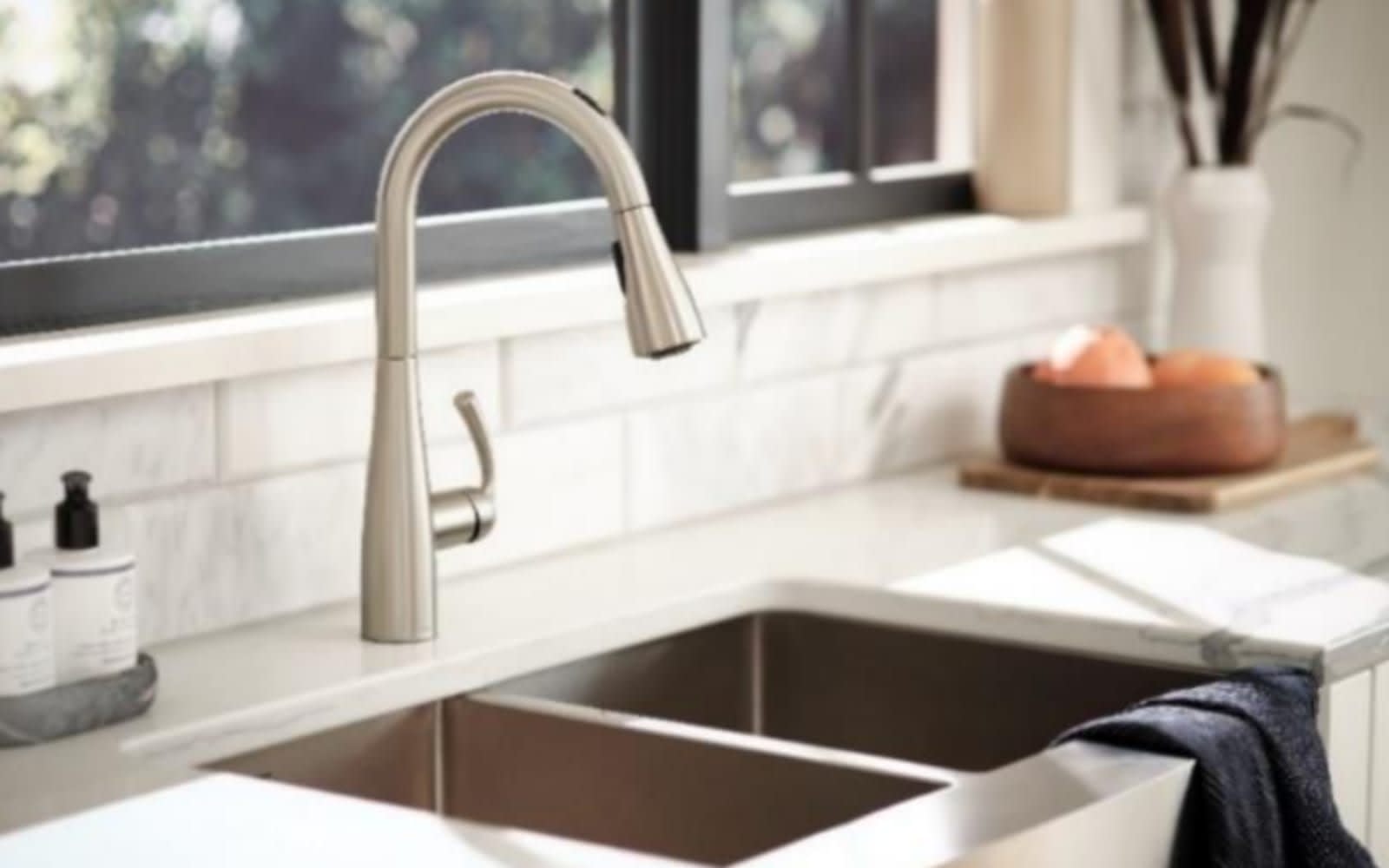 Moen, one of the biggest faucet companies in the US, was last spotted at CES showing off its shower "concierge," but now it's turning its attention to more traditional sink fixtures. This year, it announced the U by Moen Smart Faucet -- a voice-activated faucet that helps you do everyday kitchen tasks hands-free. From preparing a baby's bottle to filling a pasta pot, just tell the faucet how much water you need, and at what temperature, and it'll dispense it on command. You can set unlimited personalized presets for specific cooking tasks, and activate water flow through voice control, a wave sensor, or via a good old fashioned button. Moen hasn't announced pricing for its latest addition, but it's likely to cost a substantial amount more than old-fashioned mechanical faucets.

Also announced is an update to its Flo system, which will now -- in addition to monitoring water consumption -- integrate sensors that can detect leaks. Just place the sensor in an at-risk area, such as a basement or laundry room, and if the detector senses water, freezing temperatures or high humidity, it'll send a push notification within the Flo and Moen smartphone apps. And if you've also got Moen's Smart Water Shutoff feature, any leaks detected by the sensors can automatically trigger the shut-off command.

Finally, Moen says that it's working on combining the U by Moen shower app into the Moen app to create the "Moen Network." This will let you control all your expensive smart Moen products from one place -- a sensible addition since the introduction of the smart faucet suggests the company is working on further consumer products. It's slated to launch later this year.

In this article: bestofces2020, CES2020, detection, faucet, food and drink, food-and-drink, foodanddrink, gadgetry, gadgets, gear, home, leaks, Moen, monitor, sensor, shower, smart, water
All products recommended by Engadget are selected by our editorial team, independent of our parent company. Some of our stories include affiliate links. If you buy something through one of these links, we may earn an affiliate commission.