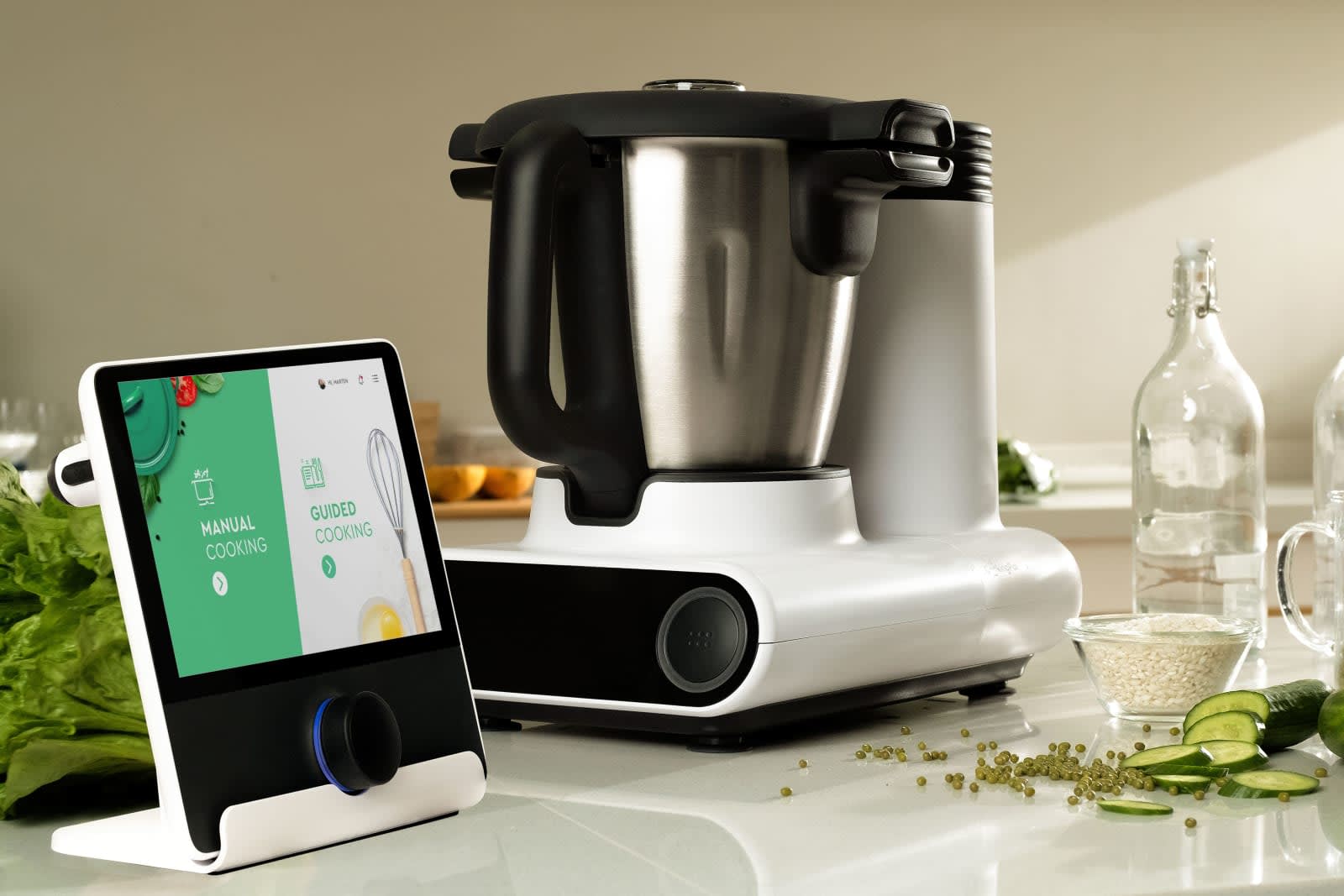 For some, cooking is an exercise in passion, relaxation and creativity. For others, it's a tedious, time-consuming chore. Fortunately, for the less culinary-inclined folk, there's an ever-growing market of gadgets that promise to make cooking an altogether easier, quicker and more intuitive experience -- and the latest to arrive is Julia, an intelligent autonomous cooking system that pretty much does everything. (While it's not officially associated with the late master chef Julia Childs, the insinuation is pretty obvious).

While the device itself looks like a regular processor, it's capable of weighing, chopping, whisking, kneading, cooking, mixing and steaming. It even uses its mixer function to wash itself up (just add dish soap and water). Basically, dump in the ingredients and you're off. It's controlled by a smart kitchen hub -- a tailor-made tablet that provides step-by-step video guidance on recipe prep as well as tailored recipe recommendations. It also suggests recipes based on pictures of what's in stock at home, thanks to its AI food recognition capability. And it comes with voice recognition and a large physical jog dial, for when hands get messy.

Other helpful features include a nutrition database and integrated grocery shopping, so it really is designed to make cooking, and all of its associated effort, a breeze. It's not cheap, though. While Julia doesn't have an exact retail price yet, the press materials say it will sell for "under $1,000," so we can probably expect a figure at the upper end of that. It's slated for release in fall 2020, around the same time its manufacturer, CookingPal, hopes to make announcements about other kitchen products, including a smart oven and smart pressure cooker.

In this article: appliance, ces2020, cooking, CookingPal, food and drink, food-and-drink, foodanddrink, gadgetry, gadgets, gear, home, Julia, kitchen, smart, system
All products recommended by Engadget are selected by our editorial team, independent of our parent company. Some of our stories include affiliate links. If you buy something through one of these links, we may earn an affiliate commission.