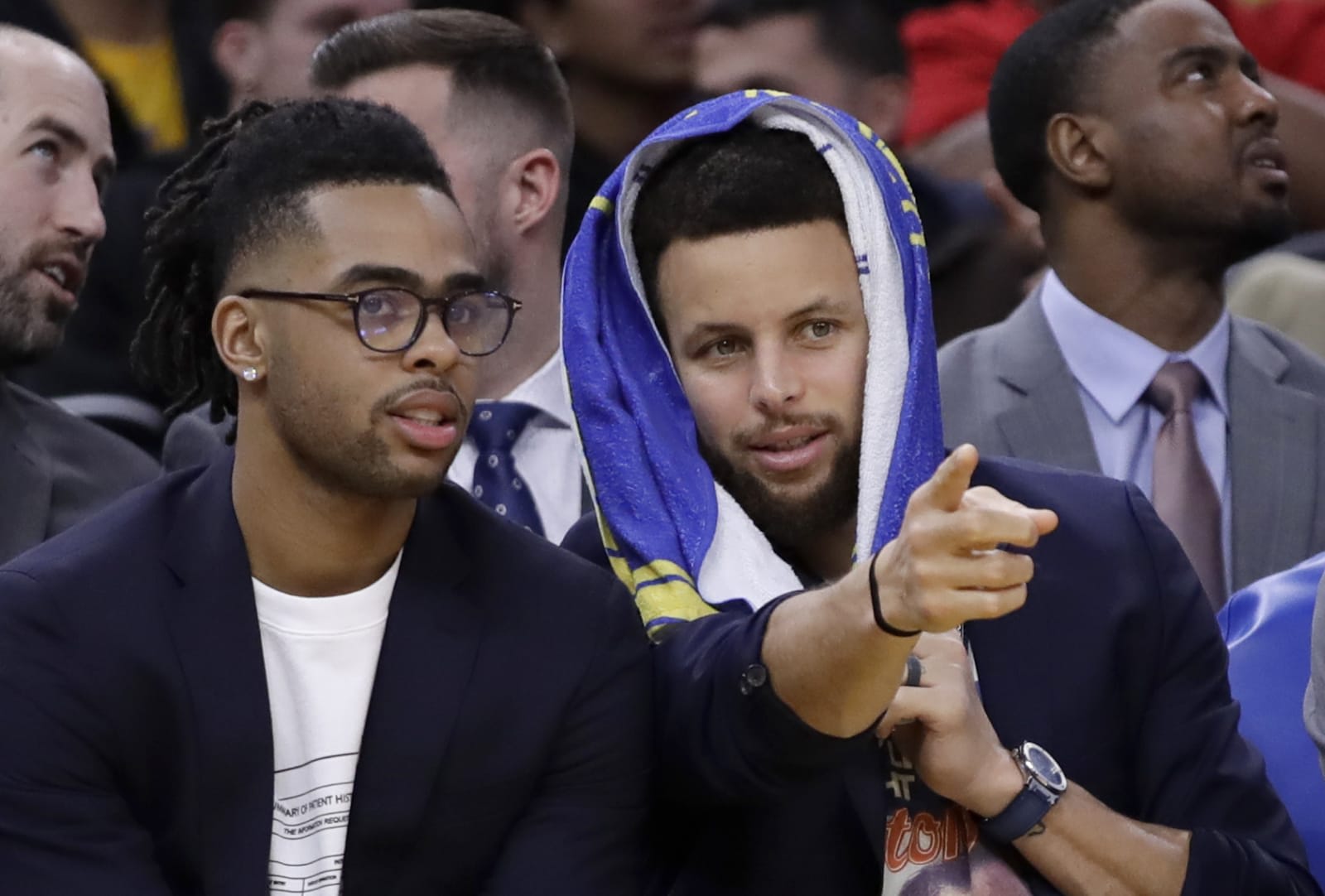 Giannis Antetokounmpo is the NBA's reigning MVP, and his contract with the Milwaukee Bucks will end after next season, making him the hottest potential free agent in the league. That also means any conversation he has with affiliates of other teams will be heavily scrutinized since just about anyone would like to have the 7-foot-tall "Freak" on their team for the next few years.

After last night's Bucks game against Golden State cameras caught Giannis talking to injured Warriors star Stephen Curry, and you can clearly see Curry telling him "C'mon man, let's do this." The NBA recently amended its rules to include player conversations in potential violations of "tampering" -- rules against trying to influence someone who's currently under contract with another team. And after Golden State successfully lured Kevin Durant away from the Thunder a few years ago, they're exactly the kind of team your free-agent superstar tells you not to worry about.

But Yahoo Sports reporter Chris Haynes talked to Steph and says that the conversation wasn't about basketball at all -- he was just exchanging gamertags so that the two could play PUBG, aka PlayerUnknown's Battlegrounds.

🚨 EXCLUSIVE 🚨
Steph Curry has informed @ChrisBHaynes WHAT he was telling Giannis.

It was about teaming up, just not in the NBA ... in PUBG. pic.twitter.com/LwEqvLFJnB

The shooter may not be the top battle royale game anymore, but it's still popular with a number of athletes, and in past years fans have tuned in to live streams of NBA stars like Ben Simmons and Karl-Anthony Towns teaming up for a few rounds. Curry has had some time off due to a broken hand, and if his long-range sniping in the game is anything like what we've seen on the court, then he's exactly the kind of teammate you'd be looking for. And of course, if the topic of "great Greek restaurants in the Bay Area" happens to come up while Curry and Antetokounmpo are running duos, then that's just a coincidence, right?

Source: Chris Haynes (Twitter)
Coverage: NBC Sports, Milwaukee Journal Sentinel
In this article: entertainment, gaming, Giannis Antetokounmpo, internet, NBA, PUBG, Steph Curry, tampering
All products recommended by Engadget are selected by our editorial team, independent of our parent company. Some of our stories include affiliate links. If you buy something through one of these links, we may earn an affiliate commission.