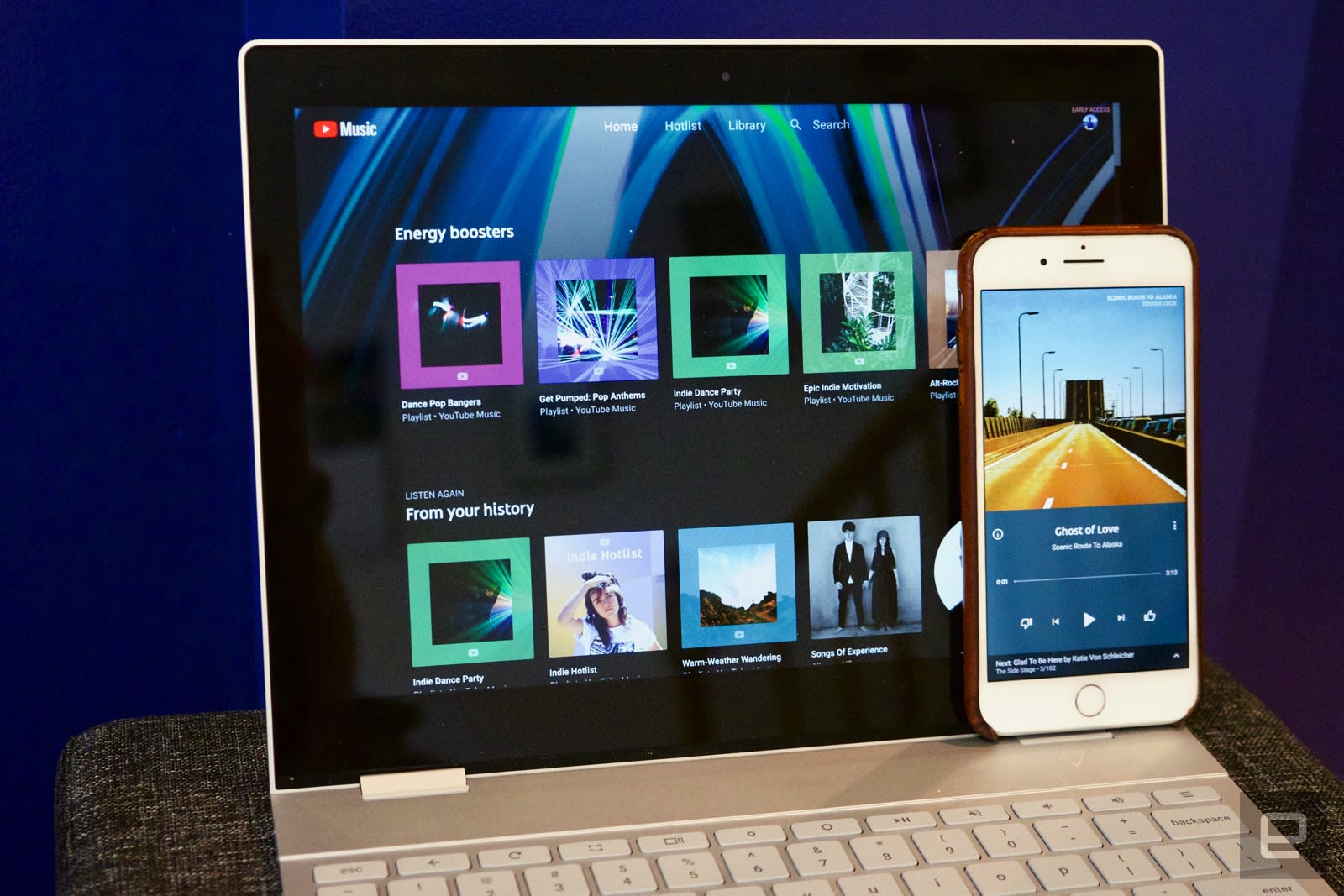 Google has spent the past couple of years merging elements of Google Play Music into YouTube Music, but one absence has been a dealbreaker for some: the cloud locker that lets you play uploaded songs wherever you like. You might not have to forego that convenience in the near future, though. Two 9to5Google sources claim Google is testing an internal beta of YouTube Music that supports the locker. There could be a public launch "sooner rather than later," with Google Play Music devotees asked to import their collections within a few months.

There's no guarantee things will happen as reported. Google originally hoped to move users over in 2019, remember. It would be well-timed if it did, mind you. YouTube Music and YouTube Premium have a combined 20 million subscribers -- that number will jump significantly if Google reels in Play Music converts, not to mention attracts those would-be customers who want access to their personal collections.

Source: 9to5Google
In this article: entertainment, gear, google, google play music, internet, music, services, streaming, youtube music
All products recommended by Engadget are selected by our editorial team, independent of our parent company. Some of our stories include affiliate links. If you buy something through one of these links, we may earn an affiliate commission.