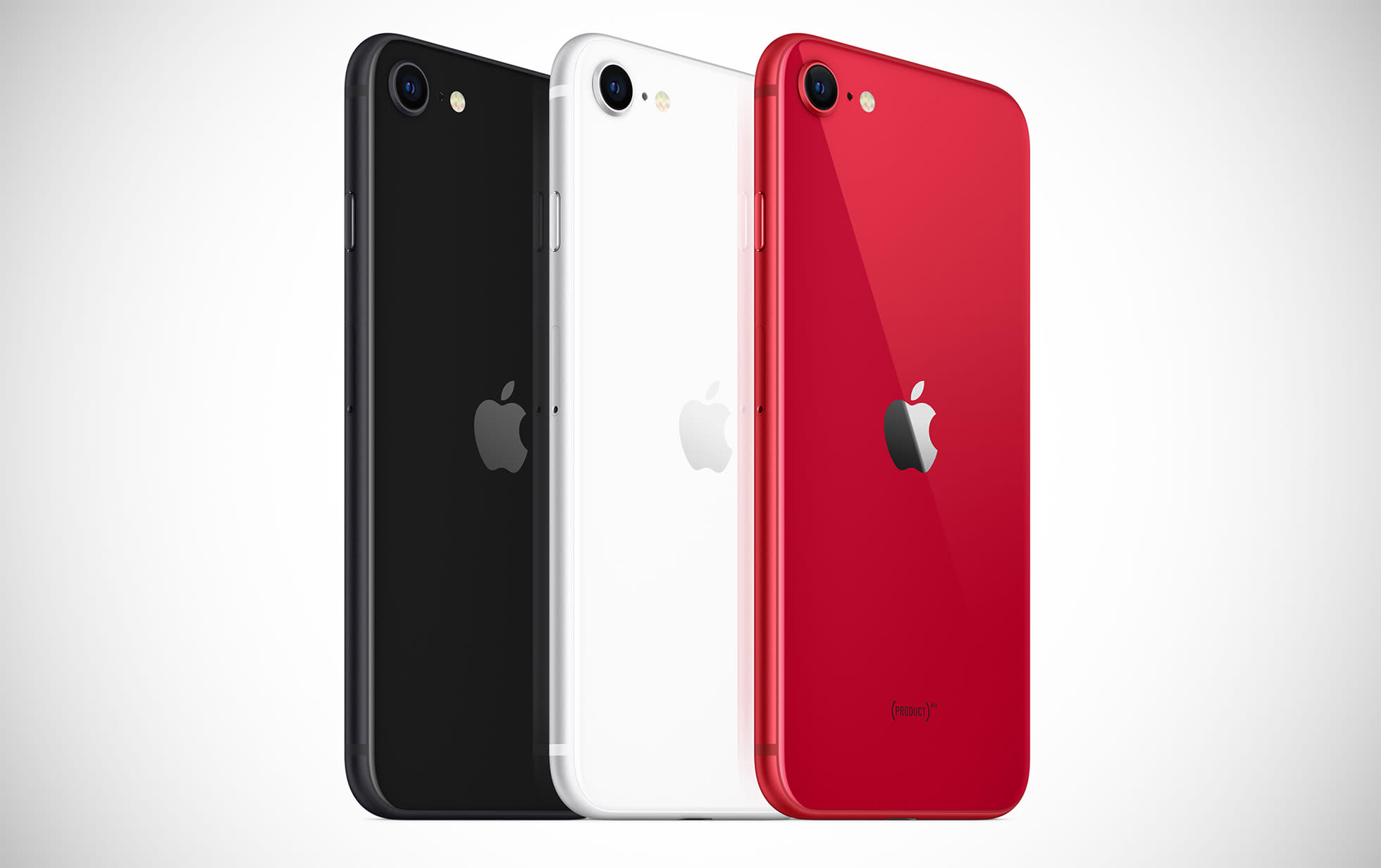 At last, you can get an A13 Bionic on the cheap.

With devices like the iPhone XR and iPhone 11, Apple has tried -- and largely succeeded -- in making some of its best smartphone features available on a budget. That important work continues with the new iPhone SE, which Apple says will be available for pre-order starting on Friday, April 17th at 8AM Eastern.

There's a lot to get into, but the iPhone SE was a device that was always defined by its price tag, so let's get that out of the way first. Apple's latest smartphone will be available in black, white and (PRODUCT)RED finishes, and in the following storage configurations:

It's worth noting that the base model SE costs $50 less than the comparable iPhone 8 Apple has just discontinued. (Curiously, the larger iPhone 8 Plus will continue to be sold in certain markets around the world.) This puts Apple in a surprisingly strong position to compete in a sea of mid-range devices, which is good news for iOS fans on a budget or small phone aficionados. The last time Apple released a dedicated value smartphone was in 2016 with the original iPhone SE, a device that squeezed modern (at the time) performance into beloved iPhone 5s body.

As multiple leaks have suggested, that approach hasn't changed for this new SE: In many ways, it's an iPhone 11 adapted to fit into the body of an iPhone 8. We're once again working a 4.7-inch Retina display, an IP67 rating for water and dust-resistance, a classic Touch ID sensor, wireless charging, and a single, rear-facing camera. (More on that in a moment.) Most importantly, that means you'll finally be able to buy a cheap iPhone with Apple's latest A13 Bionic chipset -- it's the exact same one used in the iPhone 11, 11 Pro and 11 Pro Max, with no tweaks or modifications in sight. This if it wasn't clear, is a huge deal: It makes flagship-level computing power available to audiences even the iPhone 11 couldn't reach.

As usual, Apple seems especially excited about the iPhone SE's camera: It's a 12-megapixel standard wide sensor that, on paper at least, bears a striking resemblance to the main cameras used in the iPhone 11. Both of them share the same resolution, for instance, plus an f/1.8 aperture, six-element lens and sensors laden with focus pixels. Apple has since confirmed to Engadget that it’s a different sensor on the iPhone SE, and while there’s no Night Mode here, you still get Smart HDR and multi-band noise reduction (by way of the A13 Bionic chip) to help enhance your low-light shots.

Photos that Apple showed reporters in an early morning presentation seemed impressive enough, including those shot with iOS's Portrait mode. (The usual options are back, including the hyper-stylish key Stage Light and Stage Light Mono.) We'll have to wait until we actually use one to see how it stacks up against the competition, but since the SE uses that powerful A13 chipset, the machine-learning enhancements to image processing should mean the SE won't immediately get out-gunned. Oh, and if video is a bigger priority for you, the SE also records at resolutions as high as 4K at 60 fps.

There are a few other quirks to note about the new iPhone SE's camera setup: Like the iPhone 11s, they support Apple's cinematic video stabilization, but unlike the company's higher-end devices, there's no dedicated Night mode here. Meanwhile, you'll be able to use the 7-megapixel front camera for standard selfies and bokeh-filled portraits -- we're looking forward to seeing how that single sensor and the A13 Bionic handle the latter.

Long story short, the iPhone SE might look dated, but it seems to pack plenty of power and some modern flourishes into a remarkably accessible package. The bigger question is whether the SE can carve out a niche in a mid-range market increasingly defined by big, beautiful screens, multiple cameras, and even 5G. I suspect it can, but we’ll have to wait a few weeks to find out for sure.

Update 4/16/20 11:08PM ET: This article has been updated with Apple’s confirmation on the iPhone SE and the iPhone 11 using different main camera sensors.