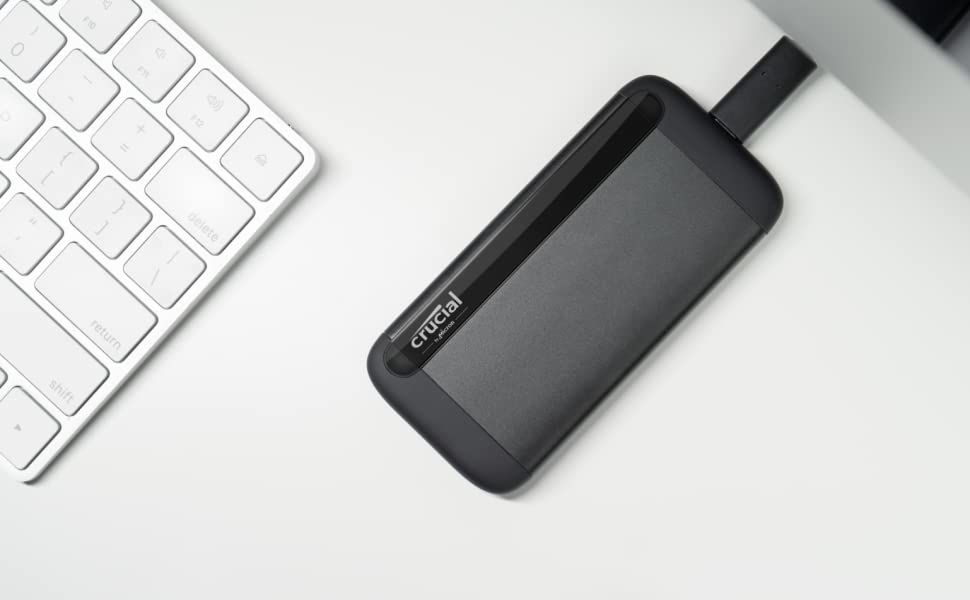 Black Friday has come and gone but Cyber Monday has brought some new deals on storage gadgets that are worth considering if you need more digital space. These devices also make good gifts if you’re still struggling to find something for a friend or family member who’s hard to shop for. Sure, most people may not put a portable SSD on the top of their wish list, but nevertheless, they’re handy devices that can make the experience of using a PC or laptop (or even a smartphone) much smoother. While there are a few Black Friday storage deals that are still available, Cyber Monday has brought a number of one-day sales on both internal and external storage solutions that are worth checking out. Check out the list below for the best Cyber Monday deals on microSD cards, SSDs and others.

One of our favorite SSDs has fallen close to its all-time-low price — the 1TB Crucial MX500 is on sale for $95, which is only a couple of dollars more than its record low. It’s a standard 2.5-inch drive that works with both laptops and desktops, making it a good option if you need more space or just want to upgrade from a slow HDD. It also has AES-256 bit hardware encryption and integrated power loss immunity, which means all your saved files will remain intact even if you suddenly lose power.

Sabrent’s Rocket Nano portable SSD in 1TB is down to $120, which is a record low for that capacity. We like it’s compact, aluminum-alloy design that makes it smaller than a credit card and its USB 3.2 interface that allows for speeds up to 1,000 MB/s. It also comes with USB-C to C and USB-C to A cables so you can use it with just about any machine.

The excellent Sabrent Rocket Gen4 internal SSD returns to a record low of $150 for Cyber Monday. It’s a great bang-for-your-buck SSD even at its normal price, but it’s even better now that you can get it on sale. In addition to a standard M.2 2280 form factor, the Rocket SSD should reach read speeds up to 5,000 MB/s and write speeds up to 4,400 MB/s when paired with a Gen4 motherboard.

Samsung’s T7 Touch has dropped to $170 for the 1TB model, which is $60 off its normal price. Samsung debuted the T7 series earlier this year and the T7 Touch includes a fingerprint sensor on the portable SSD for extra security. Not only is the T7 nearly twice as fast as the previous T5 series, but it also has password protection and AES 256-bit hardware encryption.

Crucial’s X8 portable SSD is down to an all-time low of $130 for a 1TB model. It has read speeds of up to 1,050 MB/s and it works with almost any device that has a USB-C 3. 1 Gen 2 or USB-A connector. We also like its aluminum unibody that’s designed to be drop-, shock- and vibration-proof.

Samsung’s EVO Select microSDXC card in 256GB is down to $25, which is $3 cheaper than it was during Amazon Prime Day last month. While you can find microSD cards for less, EVO is a reliable brand and we like you also get a full-sized adapter with this one. There are also discounts on the same cards in 512GB and 128GB capacities.

This is a record low price for SanDisk’s officially licensed Nintendo Switch microSD card. Do you need an officially licensed card? No — in fact, the Samsung EVO card listed above should also work just fine with Nintendo Switch and Switch Lite consoles. But some will inevitably prefer to have a card with that little mushroom logo on it, and if you or someone you love is that person, this deal should do the trick.

If you need to offload some photos from your iPhone but also keep them fairly accessible, SanDisk’s iXpand flash drive is a good way to do so. This handy drive in the 128GB capacity is on sale for $40 right now, which is $20 off its normal price. It fits into the Lightning port on your iPhone or iPad, allowing you to transfer photos, videos, documents and other digital stuff over to it quickly and easily. On the flip side, it has a USB-A connector so you can then move that information to your computer whenever you need to. If you like the portability of a flash drive like that but need a USB-C port instead, SanDisk’s Ultra Dual Drive in 256GB is discounted to $33 right now.

SanDisk’s tough and tiny Extreme portable SSD is down to $90 for the 500GB model, which is $60 off its normal price. While it’s possible to pay a bit less for the same storage capacity with other brands, you’re paying for the added protection that this drive has. Not only is it small enough to fit in the palm of your hand, but it’s also IP55 water- and dust-resistant and it can withstand drops from up to two meters. It also has password protection and 256‐bit AES hardware encryption. The newer PRO model, which can reach speeds of up to 2,000MB/s, is also discounted to $200 for a 1TB model.

Crucial’s P5 NAND NVMe SSD (1TB) has dropped to a record low of $120. This drive can reach sequential read speeds of up to 3,400MB/s and its M.2 format makes it a good option for both desktop and laptop users. If you’re looking for a storage solution that can handle hardcore gaming, intense creative work and the like, this internal SSD fits the bill.