The best games for Xbox newcomers

Really, you should just get Xbox Game Pass.

If you're hopping over from the PlayStation country, or just picking up your first game console, there are plenty of worthy Xbox titles worth diving into. Sure, Microsoft hasn't been as aggressive as Sony when it comes to hustling for big budget exclusives, something we knocked the Xbox Series X for in our review. Still, it's not as if there's nothing to play. And Microsoft has one major advantage that Sony doesn't: Xbox Game Pass, its subscription service with a rotating selection of popular titles.

Notably, Game Pass also gives you access to every first-party Xbox game the day they launch, and those titles never leave the service. That alone makes the subscription a much better deal than spending $60 on a new release. For most gamers, we'd recommend jumping into Game Pass Ultimate, which includes Xbox and PC game support, as well as Xbox Live multiplayer. Alternatively, you can pay $10 a month for Game Pass on consoles or PCs separately.

Here are a few choice Game Pass titles to jump into:

While we have to wait another year for Halo Infinite to arrive, that gives you plenty of time to dive into Microsoft's iconic FPS series. The Master Chief Collection features every Halo entry you'd actually want to play — you can just ignore the disappointing Halo 5: Guardians — giving you an easy way to experience the franchise's evolution. And even though it was originally released in 2014, it's been updated to deliver 120 frames per second on the Xbox Series X. Master Chief has never looked this good.

Microsoft's Forza series has something for everyone. The Horizon games offer an open-ended driving experience with a variety of challenges and killer soundtracks. The more traditional Motorsport entries offer realistic racing with a slew of cars and tracks. It's hard to go wrong with any Forza game, but the latest entries have refined their mechanics to near perfection. And, as is usually the case, they also make excellent showcases for new gaming hardware.

Microsoft's other major shooter franchise is still worth playing. Gears 5, in particular, builds on the franchise's strengths with glorious set pieces and plenty of ways to annihilate your enemies (chainsaw guns, giant lasers, take your pick). It's also one of the best looking games you can find on the Xbox Series X, thanks to its next-gen update. And as a bonus, you've got a silky smooth 120fps multiplayer to look forward to. 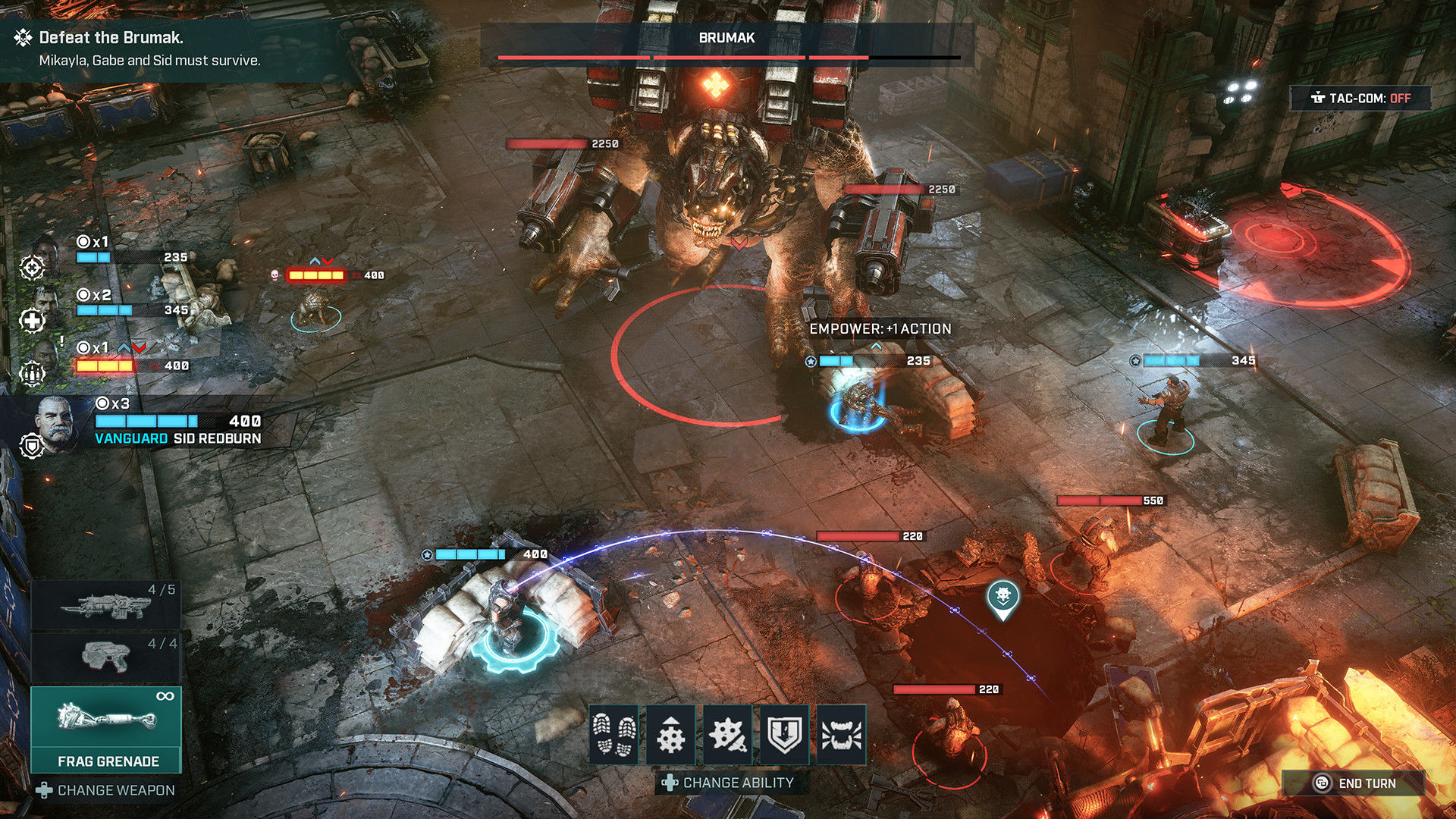 Who would have thought that a franchise best known for featuring beefy heroes with chainsaw guns would also make for a solid strategy game? Gears Tactics almost feels like a miracle, delivering all of the thrills we've come to expect from the Gears universe, except it's delivered through a traditional turn-based battle system. It's basically XCOM meets Gears, without the punishing difficulty the former series is known for. If you're more of an RPG fan than shooter hound, this is the Gears entry to start with.

Rare's pirate simulator is an acquired taste: It's best experienced with friends, and has a deep learning curve that may turn off casual players. Still, it's worth trying. In a time where so many games start to look like clones of popular franchises, Sea of Thieves sings to its own tune. It's the ideal game for anyone who's ever dreamed of sailing their own pirate ship through treacherous waters.

Zombie survival games are a dime a dozen these days, but even so the State of Decay series stands apart. This sequel refines the setup of the original game: You play as a zombie apocalypse survivor who has to build up a camp, recruit others, and keep the undead threat in check. Don't go in expecting any sort of grand narrative. Like the best survival games, State of Decay 2 shines when it comes to emergent gameplay, or the adventures you have as you explore its complex systems.

One of the earliest Xbox One titles, Sunset Overdrive is a genuinely entertaining shooter that's been practically forgotten over time. Insomniac Games crafted something that's like a cross between Jet Set Radio, Prince of Persia and its own Ratchet & Clank series. It's a gorgeous game that'll find you grinding across power lines and air-dashing like your life depends on it as you explore an open-world dystopian city. And it has a grenade launcher that shoots dynamite teddy bears — how can you not love that?

The great thing about Xbox Game Pass is that there are always new games coming, and Microsoft is continually expanding the service with titles from EA Play and its upcoming Bethesda acquisition. Be sure to check out Control, which was easily the best game of 2019; Dragon Quest XI S, the debut of that long-running series on Xbox; and Nier: Automata, a genuine cult classic. Treat Game Pass like an all you can eat buffet and I’m sure you’ll find a few gems.

All products recommended by Engadget are selected by our editorial team, independent of our parent company. Some of our stories include affiliate links. If you buy something through one of these links, we may earn an affiliate commission. All prices are correct at the time of publishing.
View All Comments
The best games for Xbox newcomers