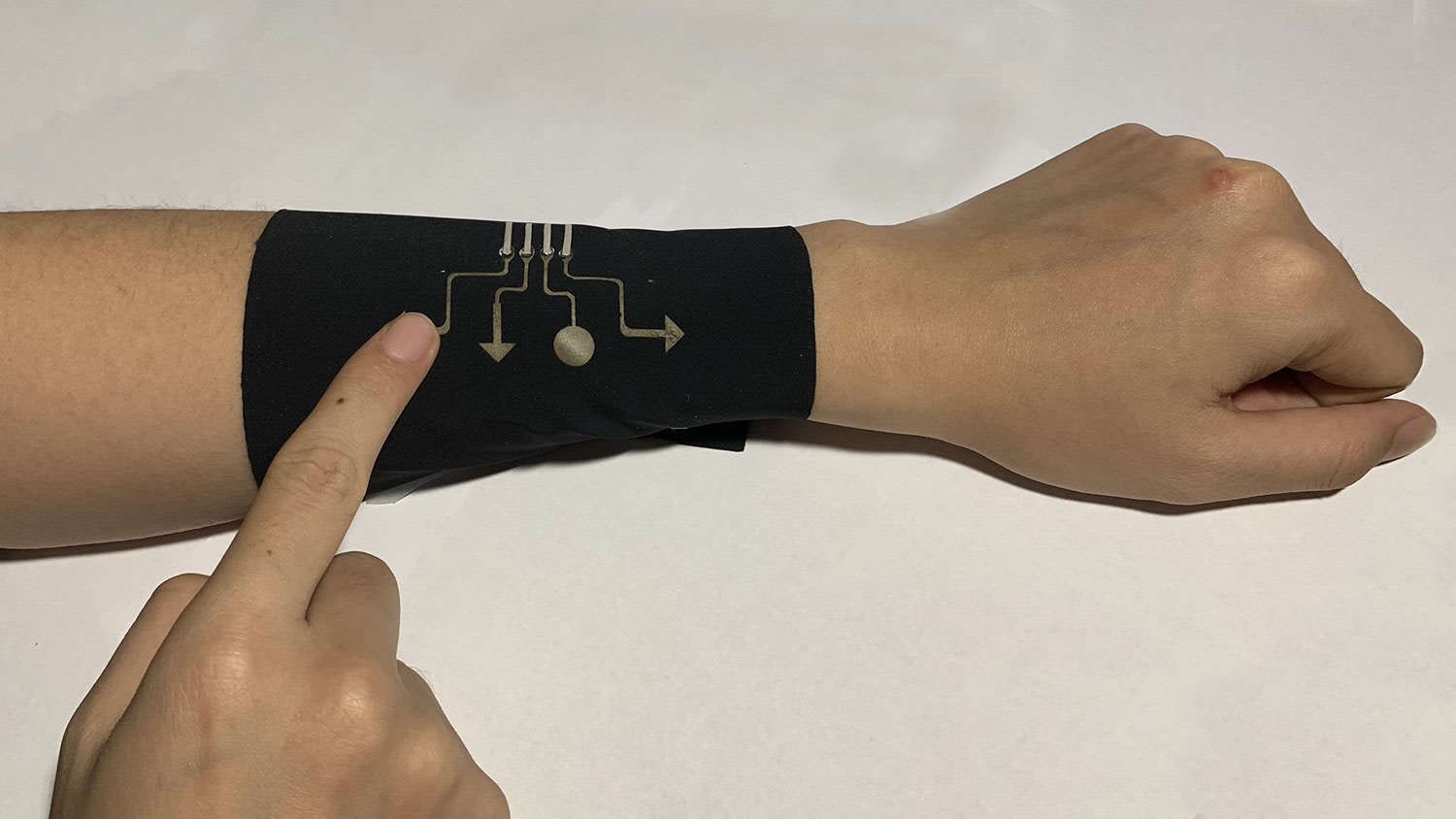 Researchers from North Carolina State University created an ultrathin, stretchable electronic material that is gas permeable, or breathable. They believe that it could be used for biomedical and wearable technologies, and to put it to the test, they created a wearable sleeve and used it to control a game of Tetris.

To create this material, the researchers used a technique called the breath figure method. They created a stretchable polymer film with evenly distributed holes. They coated the film by dipping it into a solution full of silver nanowires and then heat-pressed the material to seal the nanowires in place.

“The method we used for creating the material is also important because it’s a simple process that would be easy to scale up,” Yong Zhu, co-corresponding author of a paper on the research and a professor of mechanical and aerospace engineering at NC State, said in a press release.

Breathable wearables should be more comfortable and less likely to irritate the skin than non-breathable alternatives, in part because they allow sweat to evaporate. The team believes this material could be used to create skin-mountable dry electrodes, which might make new electrocardiography (ECG) and electromyography (EMG) applications possible. The material may also be used for human-machine interfaces, like the prototype sleeve the researchers created.

“If we want to develop wearable sensors or user interfaces that can be worn for a significant period of time, we need gas-permeable electronic materials,” Zhu says. “So this is a significant step forward.”

Several years ago, researchers from NC State tested a technique called atomic layer deposition, which created fabric that could conduct electricity. While this new project is still in the prototype phase, it shows how far both NC State researchers and the wearable community as a whole have come.

In this article: tetris, North Carolina State University, fabric, sensor, wearable, biomedical, material, breathable, news, gear, tomorrow, gaming
All products recommended by Engadget are selected by our editorial team, independent of our parent company. Some of our stories include affiliate links. If you buy something through one of these links, we may earn an affiliate commission.