PRODUCT SUMMARY
Alienware's second-generation M15 gaming laptops are all about style: They're thinner and feature a sleeker design that hearkens back to classic sci-fi films. (We're partial to the black-and-white model, which stands apart from the sea of all-black gaming notebooks out there.) And of course, they pack enough power to satisfy any gamer in your life, thanks to NVIDIA's latest RTX GPUs and Intel's ninth-gen CPUs. While Alienware was a bit late to the slim-gaming-laptop trend, the M15 R2 proves that it has quickly mastered the art of building portable machines that can play the latest AAA titles. -- Devindra Hardawar, Senior Editor
BUY THIS PRODUCT
Amazon
$1400.00
BUY
1/13
Dell - G7 15

PRODUCT SUMMARY
The Stream Deck Mini is the perfect gift for the budding streamer in your life. It's a little box with six keys that can be programmed to do anything, whether that's quickly switching between audio presets, changing the layout of a stream, firing off a transition, thanking someone for a donation or really anything you can come up with. It's dead simple to use, and unlike some of Elgato's more advanced models, it won't break the bank. If you have a kid who wants to get started or know a YouTuber who's intrigued by Twitch but frightened of the complexity of OBS, the Stream Deck Mini is a great way to push them in the right direction. -- Aaron Souppouris, Executive Editor
BUY THIS PRODUCT
Amazon
$74.00
BUY
1/13
Gigabyte - GeForce® RTX 2070 SUPER™ WINDFORCE PRODUCT SUMMARY
If you're shopping for a PC gamer with an aging rig, a shiny new graphics card is a surefire way to put a smile on their face. A fresh GPU can provide an immediate boost to the visual fidelity of the games they love and also expand the catalog of games their system can run. The RTX 2070 Super is our choice for an upgrade because it hits the sweet spot of price and performance. That theme rings true with Gigabyte's wallet-friendly Windforce OC card, which is neither the fastest nor cheapest version of the 2070 Super you can buy but hits the middle ground nicely. -- A.S.
BUY THIS PRODUCT
Amazon
$600.00
BUY
1/13
HyperX - Pulsefire Surge PRODUCT SUMMARY
"Low key" is the phrase in PC gaming right now, which makes Kingston's HyperX $43 Pulsefire Surge gaming mouse the ideal gift. It has some nice design flourishes without being garish, including customizable lighting that wraps around the entire mouse. Performance-wise, the 15,000 DPI mouse is equipped with Omron switches and extra side buttons that you can customize and save to the onboard memory. The most interesting touch is the adjustable weights, which let you add up to 32 grams of extra weight for more precision in either gaming or Photoshop designs. -- Steve Dent, Associate Editor
BUY THIS PRODUCT
Amazon
$44.00
BUY
1/13
HyperX - Cloud Alpha

PRODUCT SUMMARY
Every gamer needs a quality pair of headphones, and with the Cloud Alpha, HyperX has crafted one of the best options available. It's incredibly comfortable, with a lightweight yet sturdy aluminum frame and soft leatherette ear cups. Its dual-chamber driver design also lets you crank up the volume without distortion and delivers some serious bone-rattling bass. Best of all, it only costs around $100. And while there's a newer model with virtual surround sound, we think the Cloud Alpha remains the best gift choice, since it's cheaper and doesn't require fiddling with any settings. Just plug it into a headphone jack and enjoy gloriously high-quality sound. -- D.H.
BUY THIS PRODUCT
Amazon
$85.00
BUY
1/13
Logitech - G604 Lightspeed

PRODUCT SUMMARY
With so many gaming mice on the market, it's hard to choose a single one that makes an ideal gift. But Logitech's new G604 mouse has something for every gamer: lag-free Lightspeed wireless technology, a modern 16,000 DPI sensor and six programmable buttons along its thumb groove, making it ideal for games where you're juggling multiple hotkeys. It's not ambidextrous, unfortunately, but for right-handed players it's the culmination of all of Logitech's latest mouse technology. -- D.H.
BUY THIS PRODUCT
Amazon
$100.00
BUY
1/13
Logitech - G512 Carbon

PRODUCT SUMMARY
Gamers love mechanical keyboards, but not everyone wants something super flashy. For the minimalist enthusiast, there's Logitech's G512 Carbon, a compact full-size keyboard with a sleek aluminum case and RGB backlighting. There aren't any special dials or media buttons to deal with -- just the keys necessary for gaming and typing. It also comes in three switch varieties that range in loudness and clickiness, so you can fine-tune your gift for a specific player's taste. It's also relatively inexpensive for such a capable gaming keyboard, coming in around $100. -- D.H.
BUY THIS PRODUCT
Amazon
$100.00
BUY
1/13
Microsoft - Xbox Elite Wireless Controller Series 2

PRODUCT SUMMARY
While we can't promise you the Xbox Elite Controller Series 2 will make your giftee a better gamer, it is definitely one of the best gamepads money can buy. The latest incarnation of Microsoft's premium offering includes everything that made the original a success -- customizable hair triggers, analog sticks and D-pads -- and adds even more individuality. You can now switch between various profiles on the fly, adjust analog stick tension with a companion app or add more functions through the controller equivalent of a shift key. Add to that better PC compatibility thanks to Bluetooth support, USB-C charging and 40 hours of battery life and you have yourself a winning gift. -- A.S.
BUY THIS PRODUCT
Amazon
$180.00
BUY
1/13
Oculus - Quest

Oculus Quest does something other virtual reality headsets can't: It runs as a cord-free, standalone device and also as a tethered one, drawing power from a PC. This duality makes Quest the most versatile VR headset on the market, satisfying both hard-core players looking for the best graphics around and folks who simply want on-demand, immersive fun. Players can take Quest on the go with apps built for mobile interaction or dive into a library of impressive Oculus Rift experiences that are only available on PC. Though the Quest has been available since May, the ability to plug it into a PC is new. Nowadays Quest is able to do everything the Rift S, Oculus' most powerful headset, can, and it enables mobile play. Surprisingly, the Quest is priced at the same point as the Rift S, $400. -- Jessica Conditt, Senior Editor

PRODUCT SUMMARY
Razer's Blade series has always challenged expectations of what a gaming laptop can be. The company's (unstated) mission to create a MacBook Pro for gamers is a compelling one, and Razer has gotten closer to Apple's flagship -- surpassing it in many ways -- with each model. The current Advanced model is a no-compromise machine, especially in the configuration we recommend. Our pick is a great shout for someone looking to get into (or already obsessed with) high-frame-rate gaming, with a 240Hz 1080p display, 2070 Max-Q graphics card and 512GB SSD. -- A.S.
BUY THIS PRODUCT
Razer
$2200.00
BUY
1/13
Razer - Huntsman Tournament Edition

PRODUCT SUMMARY
Got a budding eSports player in the family? They're the intended audience for Razer's Huntsman Tournament Edition, a slimmer and lighter version of last year's Huntsman. It features opto-mechanical switches, so it'll deliver the same satisfying typing experience you'll find on most gaming keyboards. But instead of relying on a physical switch to register inputs, it uses an optical sensor. Razer claims this will allow for more-responsive and accurate key presses -- to our fingers, it's just a solid keyboard that any gamer would appreciate. -- D.H.
BUY THIS PRODUCT
Amazon
$130.00
BUY
1/13
SteelSeries - Arctis 1 Wireless

PRODUCT SUMMARY
Finding a wireless headset for your favorite Switch user is a tall order, given the console's lack of Bluetooth support. The SteelSeries Arctic 1 Wireless gaming headset is the answer, as it not only works with an undocked Switch but also delivers excellent sound quality on par with its Xbox One cordless cans. Gamers will hear all the fine details in titles like Breath of the Wild and all the bass during attacks in games like Fire Emblem: Three Houses. The downside is the $100 price, double what the wired model costs. Still, it's a headset that doesn't sacrifice sound quality to let your favorite player cut that cord. -- S.D.
BUY THIS PRODUCT
Amazon
$100.00
BUY 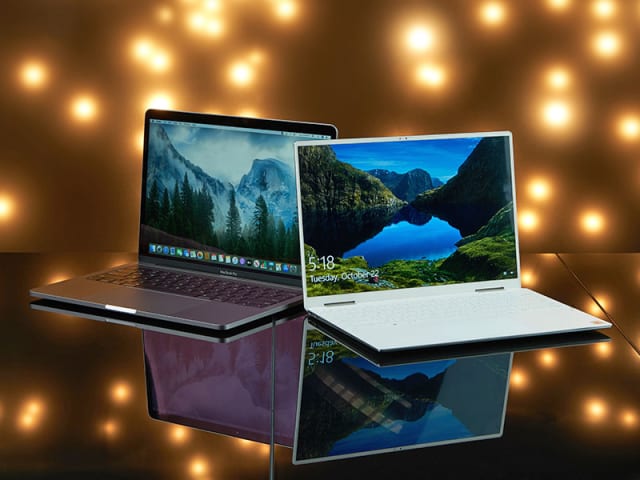 The best laptops and 2-in-1s to give as gifts 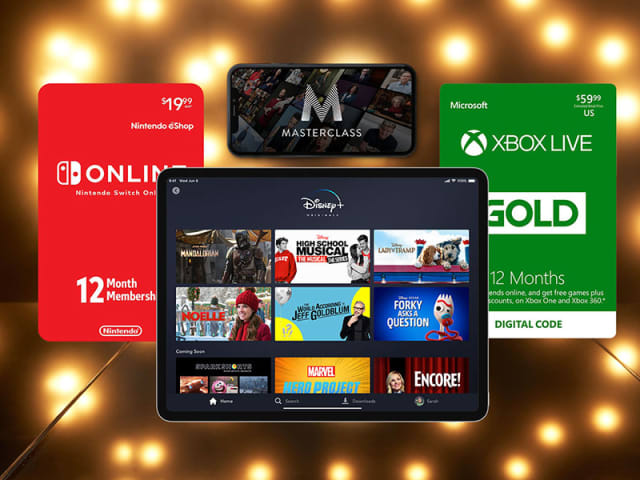 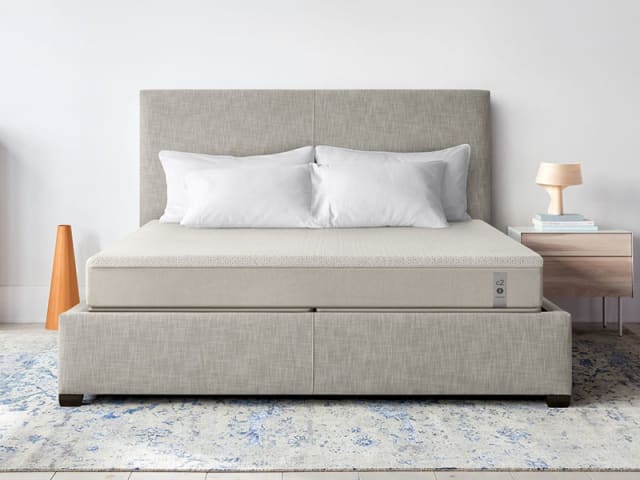 Gifts on a network you can rely on. 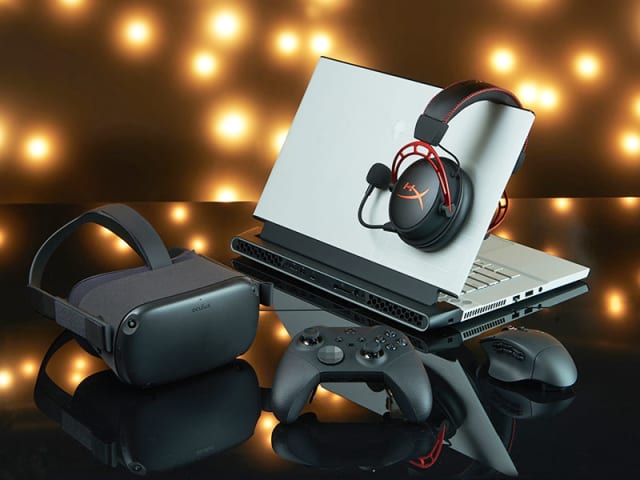 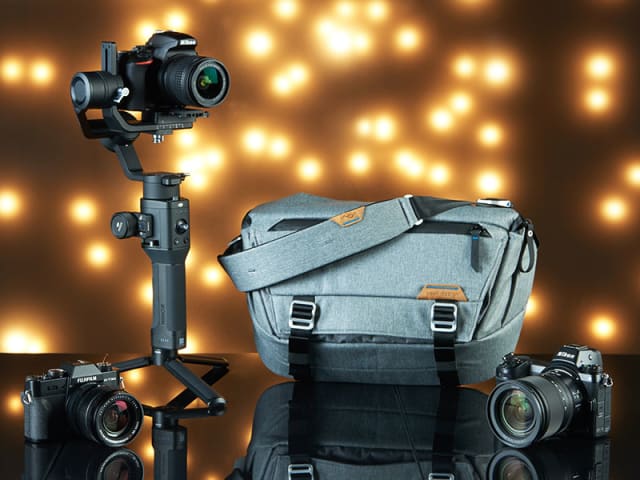 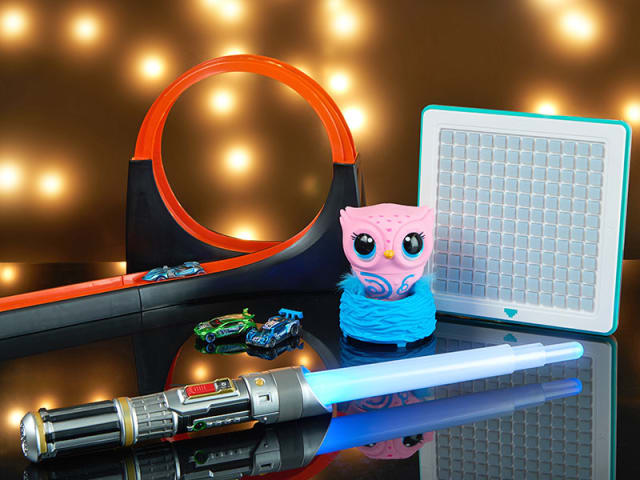 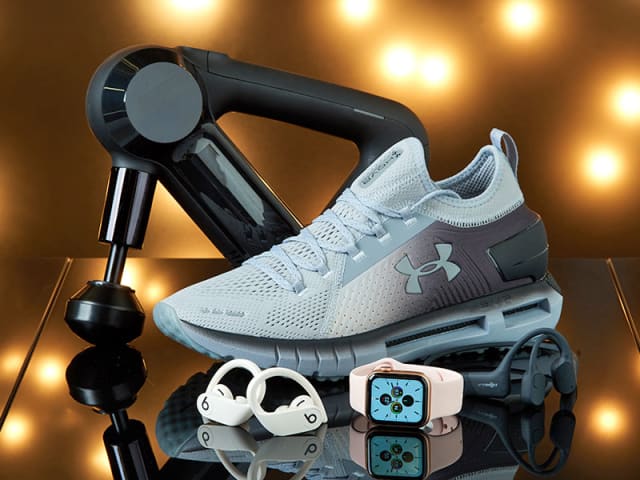 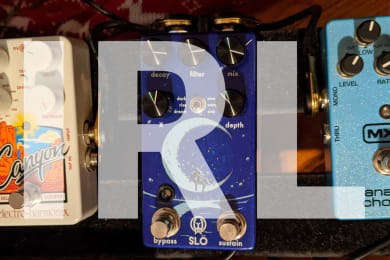 Two of our editors are having a very musical holiday. 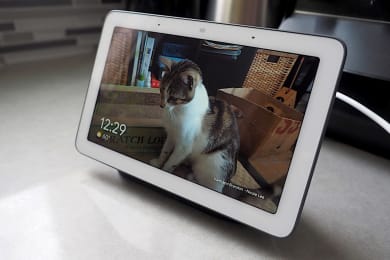 Google Nest Hub and WiFi are on sale for the holidays 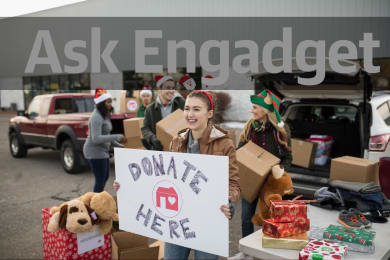 If you want to give back during the holiday, these charities will distribute gifts to the people who need it most. 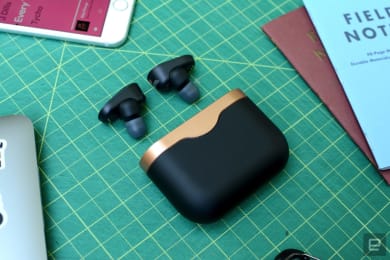 Our top true wireless pick is at its lowest price ever on Amazon. 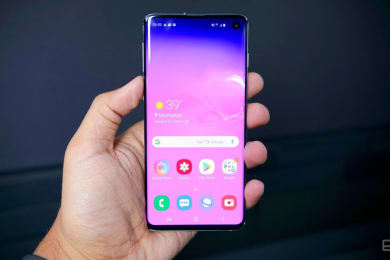 Samsung's Galaxy S10 and Galaxy Buds are on sale for $624

Amazon will throw in a $50 gift card. 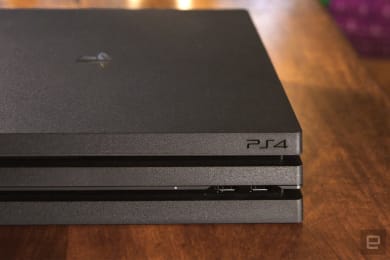 The Cyber Monday deal is a good way to jump in to current-gen gaming.