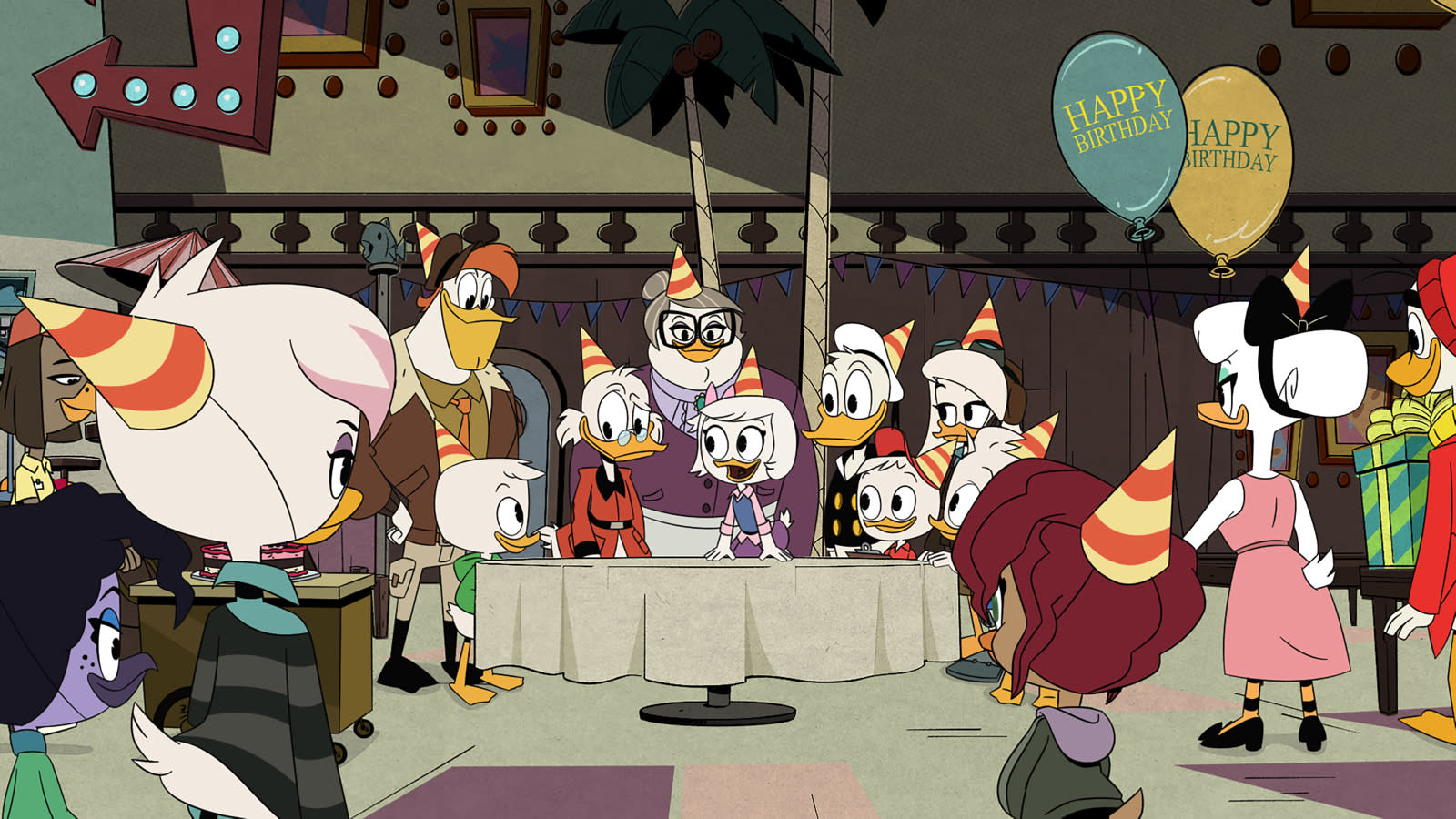 What we’ve been watching: The ‘DuckTales’ reboot

You can watch all three seasons on Disney+, and listen to the podcast on YouTube.

As an ‘80s and ‘90s kid, I have a special affinity for Disney Television’s animation lineup of the time, packaged as the “Disney Afternoon” on my local station (WPIX, aka PIX 11). My favorite was Gargoyles. I have a special place in my heart for TaleSpin, but DuckTales was the undisputed king of the lineup. One hundred episodes and a movie with plenty of race cars, lasers, airplanes, robots, super suits, caveducks and, of course, Scrooge’s Lucky Number One Dime.

Plenty of cartoons from the ‘80s have seen reboots in the past decade, but few have failed to outshine the original or gain a real fandom. So when a DuckTales reboot was announced, I was admittedly a bit wary, though the cast announcement certainly was enough to get my jaded self at least a little excited, with David Tennant as Scrooge McDuck and Beck Bennett as Launchpad McQuack.

The show debuted in July 2017 and I have to say they nailed it. It straddled the line between giving fans all the little in-jokes and callbacks to the original show they loved, but also introducing new characters (like tech mogul Mark Beaks) and plotlines to make the show feel fresh and modern. Huey, Dewey and Louie were given different color-coded outfit designs, distinct personalities and separate character arcs. Mrs. Beakley was upgraded from Scrooge’s housekeeper to also being a former secret agent he used to work with. And Webby was aged up and made more adventurous, so she could hold her own on any journey and even make a few friends along the way.

The show’s biggest strength was how heavily it drew from its source material, not just the original series but the original Carl Barks comics that inspired it in the first place. DuckTales (2017) marks the first animated appearance of Huey, Dewey and Louie’s mother (and Donald’s sister) Della. She was also modernized, made into an adventuring pilot with a short temper, not unlike her brother’s. The show also referenced other Disney Afternoon shows like TaleSpin, Chip ’N’ Dale’s Rescue Rangers and Goof Troop. It was truly a love letter to fans, but one with a solid plot and some wicked humor that today’s kids could still enjoy.

The show came to an end earlier this year, with the third season hitting Disney+ back in March. While the first season dealt with Magica DeSpell and season two was all about the Moon, season three pit Clan McDuck against the evil agency F.O.W.L. The creators knew this would be the last season, so it also pulls double duty on tying up stray plotlines and checking off their bucket list. That included bringing back Darkwing Duck and setting up a possible spinoff show, telling us the story of how Scrooge met Donald and Della, and even giving us a pseudo-sequel to TaleSpin.

Family was also a constant theme in the last season, with the show delving into Della’s newfound parenthood as well as where Webby ultimately sits within the family. I didn’t quite cry during the finale, but I came close. One thing that kept me going in the end was the knowledge that the story would continue in some form, not just in comics but in a weekly podcast featuring all the original voice actors. Seven episodes of This Duckburg Life are available (yes, it is a parody of Ira Glass), and a nice thing about the program is that it contains no spoilers for the cartoon so you can check it out even before you binge the show on Disney+. The episodes are fairly short, less than 15 minutes, which is fine because DuckTales has always been good at packing a lot of adventure into its 22-minute runtime.