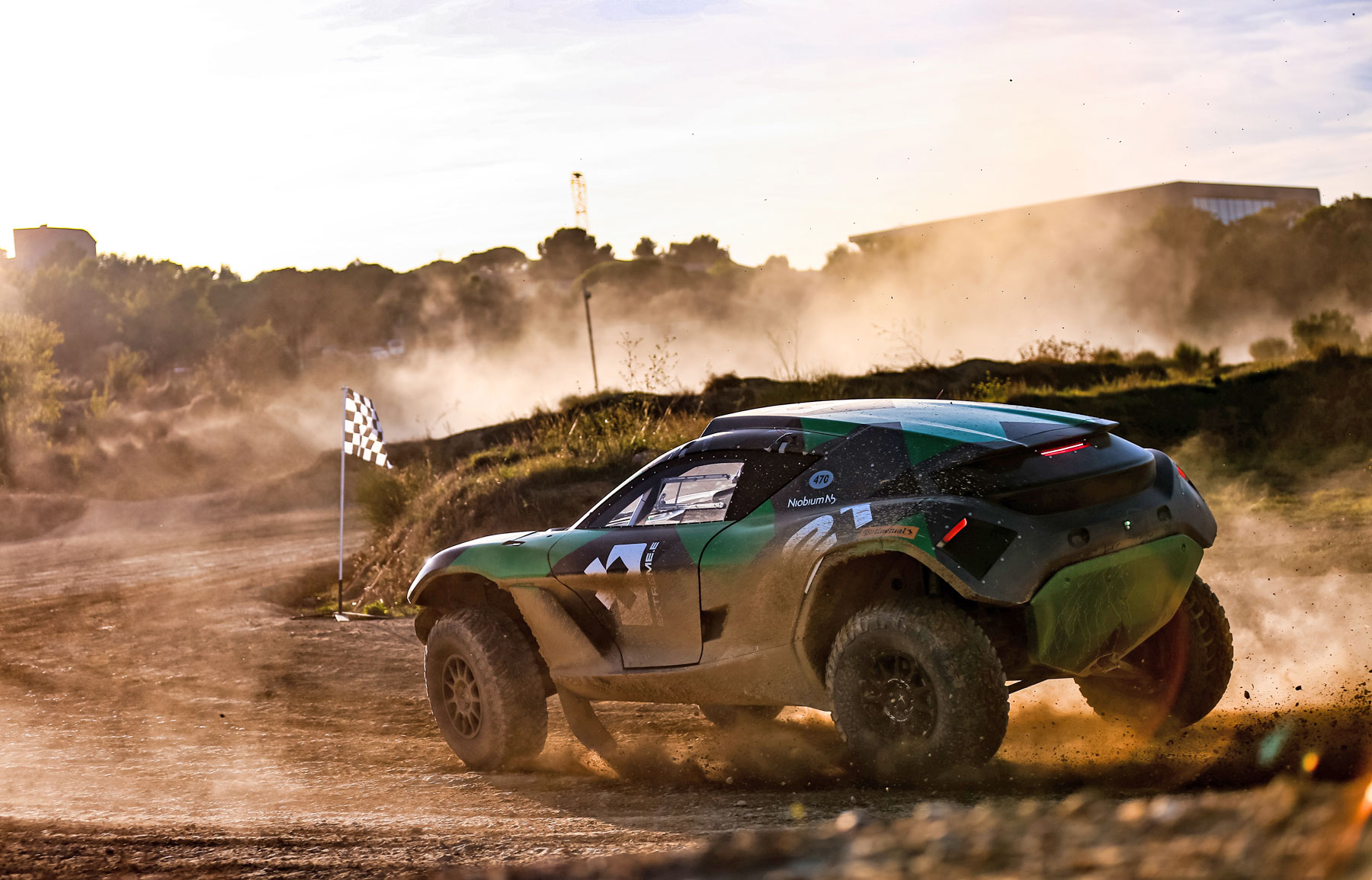 The format for Extreme E, an off-road motorsport by the creators of Formula E, just got a little more interesting. Today, organizers revealed that each team will have two drivers — a man and a woman — competing in the same vehicle. They also confirmed that every race will have two laps, forcing the pair to swap over and take turns as driver and co-driver.

“We are striving for equality, and this sporting format is the truest reflection of that goal,” Alejandro Agag, the CEO and founder of Extreme E said. “There is no separate race to be run for one group of people or another. Everybody will race together and the most effective combination of drivers, team, engineer and car will rise to the top.”

Changeovers will take place in a pit lane that has designated spots for each team. That should ensure the tag-team duos -- which will be racing head-to-head and completing laps at different times -- can safely swap over mid-race. A spokesperson for Extreme E said that each course will "essentially" be a large loop. When a racer becomes the co-driver, therefore, they won't need to perform any rally-style map reading. Instead, they'll be in the vehicle for emotional support and pointing out natural obstacles.

The inaugural season, which is scheduled to start in January 2021, will have five races in Senegal, Saudi Arabia, Nepal, Greenland and Brazil. Teams will race in the Odyssey 21, a monstrous electric SUV built by Spark Racing Technology, the same company that made the first and second-gen Formula E race cars. The base model will weigh 1,650kg and go from nought to 62MPH (100KMH) in 4.5 seconds. Teams will have the option to test and develop their own powertrains, though, and customize select body parts including the engine cover, bumpers, side skirts and lights.

Extreme E’s organisers will move everything they need, including the Odyssey 21 vehicles, on RMS St. Helena, a former Royal Mail vessel that’s currently being converted into a floating paddock. The boat will also serve as a base for Extreme E’s scientific work. The organizers want to use the competition to highlight climate change and support environmental projects. Earlier this month, Extreme E unveiled a five-person scientific committee that will guide its various education and research initiatives.

Various broadcasters have already agreed to show the competition, including Fox Sports, TVNZ, Mediaset, Dubai Sports and the BBC.