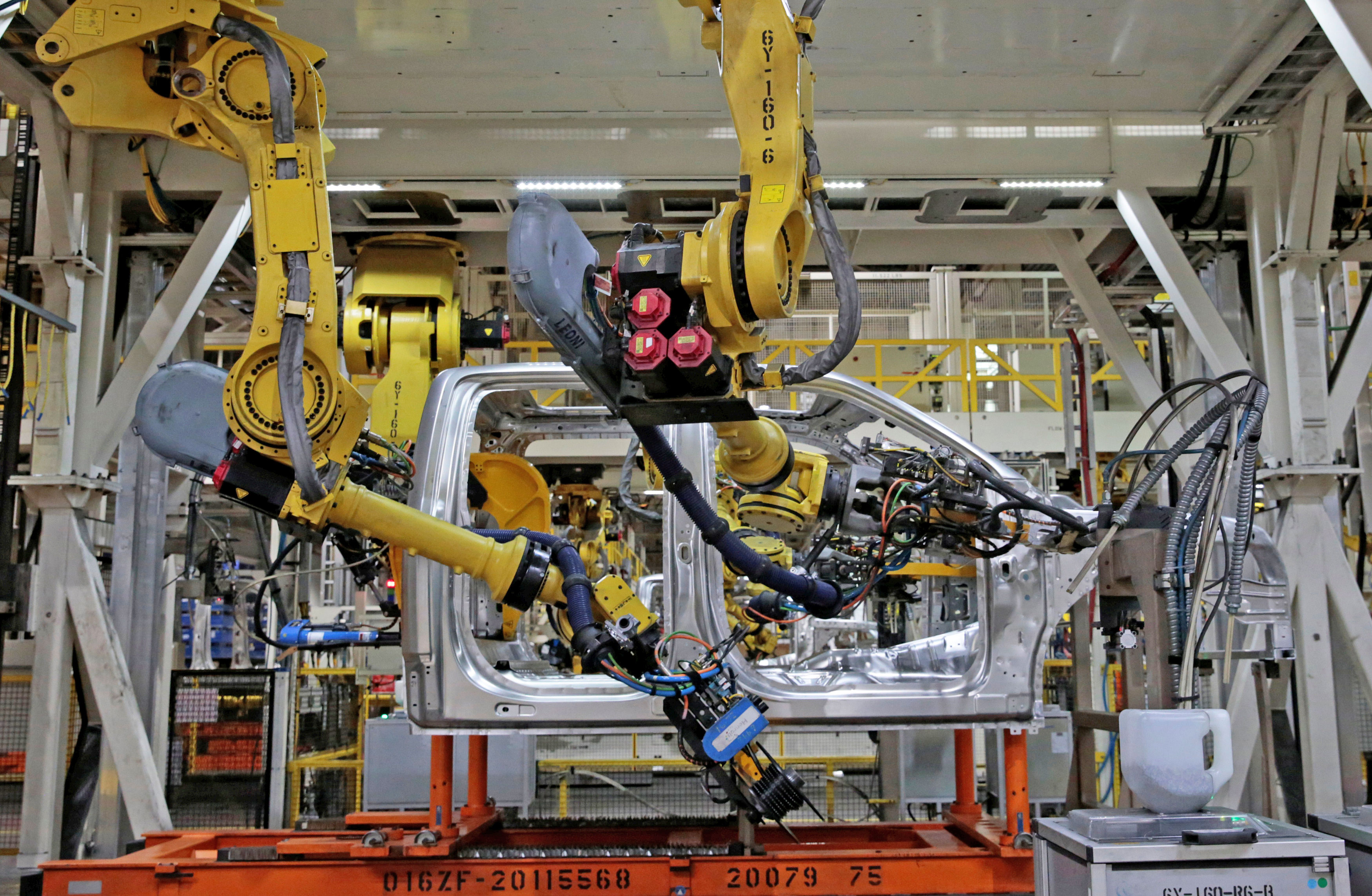 All-electric Ford F-150 pickups and Transit vans are slated to debut by mid-2022, according to Ford Motor COO Jim Farley. In an interview with CNBC, he cited Ford’s success in producing some of the most popular trucks and vans of all time. “We are number one in the pickup and the van market in Western Europe and the US, and this is our chance.”

Details on an electric F-150 have been sparse since the 2019 Detroit Auto Show when Ford first confirmed their plans to build an all-electric pickup. A 2019 video shows the F-150 electric prototype towing a row of train cars weighing over 1 million pounds. A patent application from December 2019 shows diagrams of the engine compartment, reconfigured to store cargo.

By the time the fully electric F-150 and Transit become available, several other carmakers will have had a head start on the EV truck and van market. General Motors announced the coming of their electric truck last December. EV startup Rivian expects to launch their pickup in 2021, despite delays due to COVID-19; they’ve already sold 100,000 delivery vehicles to Amazon. And of course, there’s Tesla’s polarizing entry, the $40,000 Cybertruck, which has collected at least 200,000 deposits in advance of its 2021 release. But Farley isn’t worried. “We are electrifying and we’re a brand people trust.”

The 2021 F-150 will be officially unveiled later this month, ushering in a new generation of the model. Rumors indicate that the truck, which is expected to hit dealerships later this year, will have hybrid and battery-electric engines available. All signs point to the 2022 all-electric truck sharing this new body style.

In this article: ford, electric vehicle, electric pickup, ford f-150, news, tomorrow
All products recommended by Engadget are selected by our editorial team, independent of our parent company. Some of our stories include affiliate links. If you buy something through one of these links, we may earn an affiliate commission.