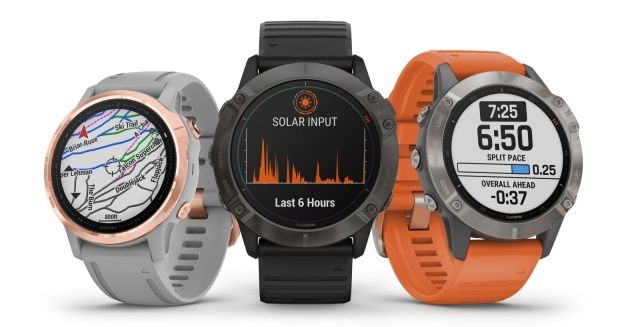 For some outdoor enthusiasts, wearables like Fitbit bands and even the Apple Watch just may not cut it. That’s when advanced fitness watches like those made by Garmin and Polar come in, but you’ll have to spend a pretty penny to get one. But Wellbots’ new sale could help you get one such smartwatch for less right now. Until December 24, all Garmin Fenix 6 smartwatches are $150 off, bringing the the Fenix 6 and Fenix 6S, the most affordable of the bunch, down to $449. In addition to having no sales tax outside New York, Wellbots also has free two-day shipping right now so there’s a good chance the watch will arrive before Christmas if you order soon.

Garmin puts almost all of its most advanced technology into Fenix wearables. They have a plethora of sensors, including heart rate monitors, blood oxygen sensors, built-in GPS, gyroscopes, altimeters, accelerometers, thermometers and more. They also have features like Garmin Pay, point-to-point navigation, LiveTrack capabilities and Bluetooth and ANT+ for connecting to accessories. They also track a crazy number of workouts, including running, cycling, hiking, swimming, skiing, snowboarding and more, so chances are whatever you like to do (both indoors and outdoors), you’ll be able to track it with a Fenix watch.

The Fenix 6 series also looks much nicer than previous Fenix watches. Both the Fenix 6 and 6S have stainless steel bezels and color displays that are designed to be visible even in direct sunlight. We also like them for their battery life — you’ll get at least nine days in smartwatch mode and at least 25 hours of life when using the GPS.

The Fenix Pro Solar and Sapphire editions are also on sale, and they add a few extra features into the mix. The Sapphire edition uses sapphire crystal on its lens while the Solar edition has “power glass,” which incorporates a transparent solar charging lens on top of the watch face. The Pro-level Fenix devices also have onboard storage for music, so you can take tracks and playlists with you to listen to even when you’re smartphone-free.