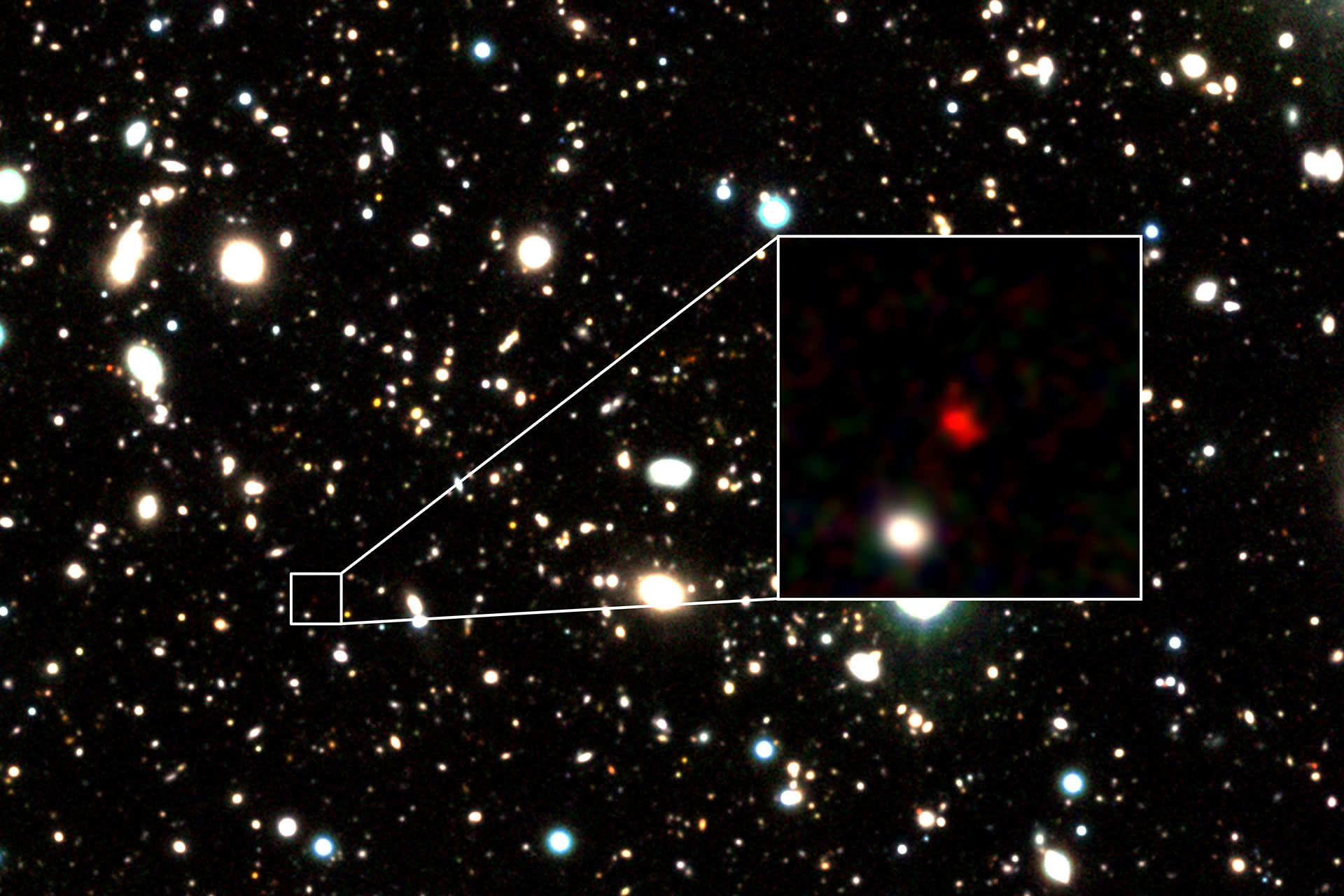 It's been a good few weeks for spotting distant objects in the universe. As Forbes notes, Japanese researchers have detected what might be the most distant galaxy known to date. HD1 is far enough that its light is estimated to be 13.5 billion years old, or just 300 million years after the Big Bang. That makes it 100 million years older than the previous record-setter, GN-z11, and suggests it might have some of the very first (Population III) stars that emerged in the reionization following the universe's "dark ages."

The team spotted HD1 using about 1,200 hours of observations between the Spitzer Space Telescope, Subaru Telescope, UK Infrared Telescope and VISTA Telescope. They verified the distance using the Atacama Large Millimeter/submillimeter Array, and the red hue was indicative of the extreme redshift you'd expect from a very distant galaxy.

Astronomers still want to double-check their results. The signal from HD1 has a 99.9 percent significance, but observers won't be sure until they have a significance of 99.999 percent or better. The researchers may get that opportunity when the James Webb Space Telescope takes a look at the galaxy using its infrared-focused sensors.

If scientists can confirm HD1's existence, that will raise numerous questions. HD1 doesn't fit easily into existing models of galaxy formation, and suggests there were already extremely bright objects in the early universe. Not that the astronomy community would mind — this would help refine their cosmological models.