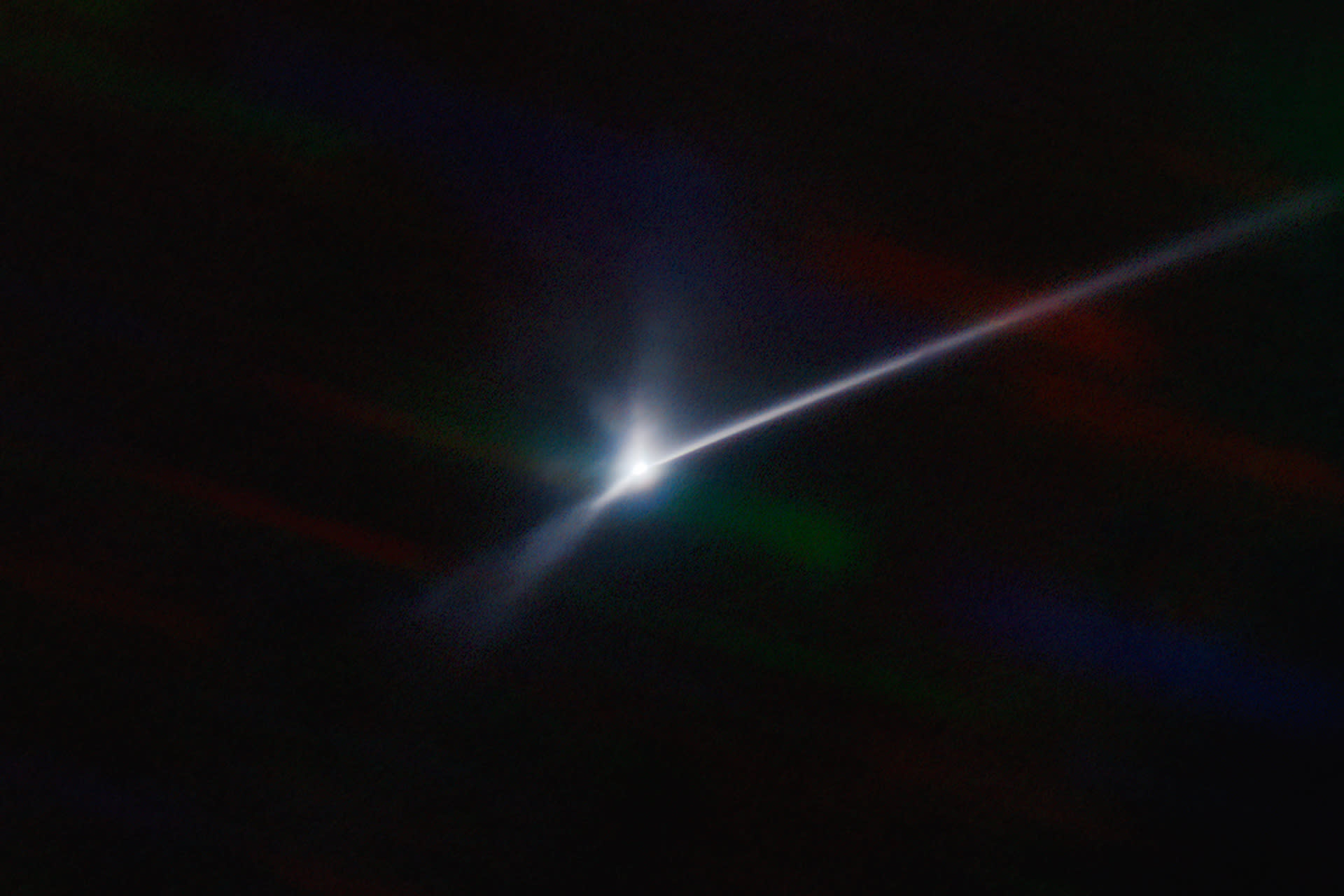 This is what you get when you mess with DART.

NASA's successful asteroid impact test created a beautiful mess, apparently. As the Associated Press reports, astronomers using the Southern Astrophysical Research (SOAR) Telescope in Chile have captured an image revealing that DART's collision with Dimorphos left a trail of dust and other debris measuring over 6,000 miles long. The spacecraft wasn't solely responsible — rather, the Sun's radiation pressure pushed the material away like it would with a comet's tail.

The trail is only likely to get larger, according to the researchers. It should eventually stretch to the point where the dust stream is virtually unrecognizable from the usual particles floating in the Solar System. NASA didn't create headaches for future probes and explorers. The space agency chose Dimorphos (a moonlet of the asteroid Didymos) as the deliberate crash wouldn't pose a threat to Earth.

The capture was about more than obtaining a dramatic snapshot, of course. Scientists will use data collected using SOAR, the Astronomical Event Observatory Network and other observers to understand more about the collision and Dimorphos itself. They'll determine the amount and speed of material ejected from the asteroid, and whether or not DART produced large debris chunks or 'merely' fine dust. Those will help understand how spacecraft can alter an asteroid's orbit, and potentially improve Earth's defenses against wayward cosmic rocks.

All products recommended by Engadget are selected by our editorial team, independent of our parent company. Some of our stories include affiliate links. If you buy something through one of these links, we may earn an affiliate commission. All prices are correct at the time of publishing.
View All Comments
NASA's DART asteroid impact test left a trail over 6,000 miles long