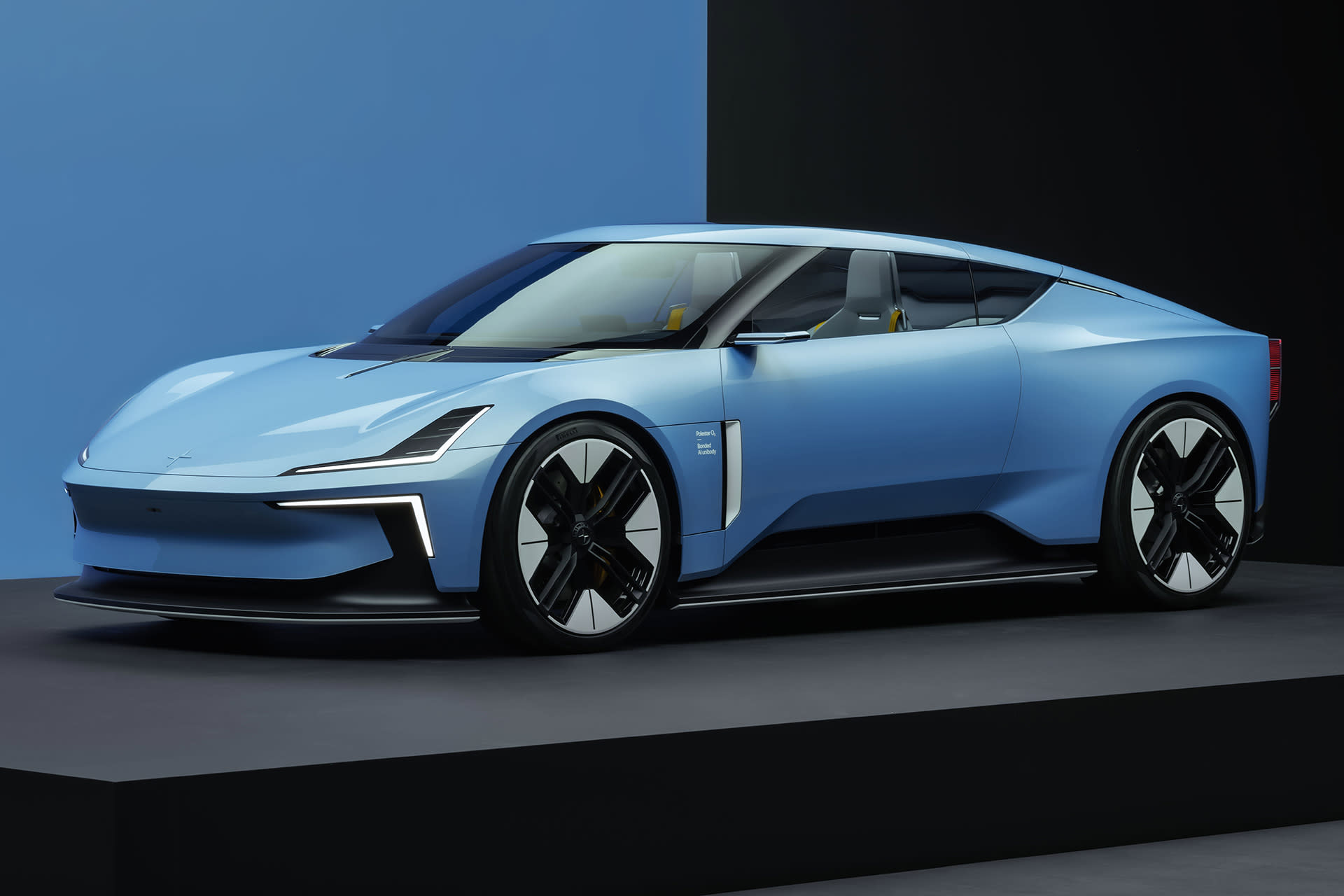 No word on the integrated drone.

It didn't take long for Polestar to translate the O2 Concept to a production model. The company has confirmed that it will sell the electric convertible as the Polestar 6 sometime in 2026. Most details are still under wraps, but the 6 will share the same 884HP dual-motor powertrain and 800V architecture as the Polestar 5 sedan. The firm is targeting a 0-62MPH time of 3.2 seconds and a 155MPH top speed.

There will also be a limited, 500-unit run of a Polestar 6 LA Concept edition with the O2 Concept's signature blue color, "light" leather interior and 21-inch wheels. Unlike many adaptations of concepts, you really can buy a car that (at least superficially) resembles what you saw at motor shows.

The Polestar 6 is a sportier, open-air counterpart to the 5 with a smaller footprint. It also represents an aerodynamics challenge — the range will heavily depend on Polestar's ability to overcome convertibles' typically higher drag coefficients. There's no mention of whether or not the 6 will include some of the more fanciful features from the concept, though, including the integrated camera drone.

No matter what the finished model offers, it's clear Polestar plans a steady expansion of its lineup. The Polestar 3 SUV arrives next year, followed by the 5 in 2024. The Volvo sibling brand will still have a relatively small selection, but you'll at least have choices if the Polestar 2 doesn't fit your needs.