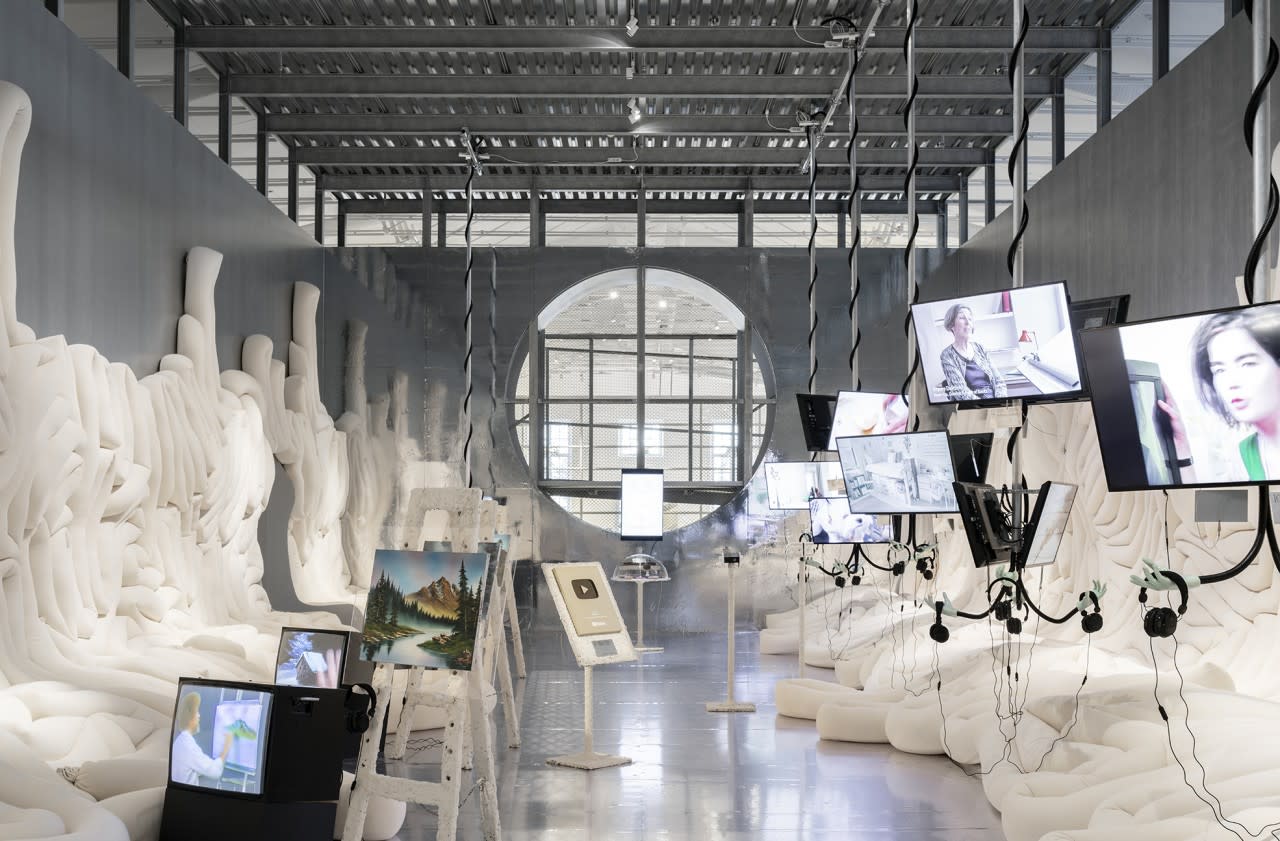 Once thought to be a figment of our collective imagination, ASMR (or autonomous sensory meridian response) has taken YouTube by storm. It can be created by sights and sounds ranging from beautiful music to whispering to the clipping of hair, and causes a feeling of well-being and pleasure. “It is described as a pleasurable and calming tingling sensation in the back of the head,” wrote neurologist Steven Novella on NeuroLogica Blog. “It is often called a brain orgasm, or braingasm.”

To show how mainstream ASMR has become, it now has its major art exhibition called “Weird Sensation Feels Good” at Stockholm’s ArkDes. Originally intended to be a live installation prior to the coronavirus pandemic, it’s s now being presented to the public as a “virtual vernissage” that can be enjoyed online.

The project includes both “intentional” and “unintentional” types of ASMR that form a cross-section of the culture. The “unintentional” pieces include Bob Ross and The Slo Mo Guys, while the intentional sections feature well-known ASMR artists like Life with MaK.

The show delves into the pre- and post-internet history of ASMR. The term was coined 2010 by cybersecurity researcher Jennifer Allen as a way to objectively capture how it works on the brain. She also inadvertently coined the name of the exhibition when searching the internet for terms like “tingling head and spine” in 2009. At one point she stumbled on a forum post titled “Weird Sensation Feels Good.”

As the exhibition illustrates, however, ASMR existed long before the internet. During his long-running TV program, Bob Ross spoke calmly to audiences while creating scratching and brushing sounds that are common triggers for ASMR fans.

Now, those calming, everyday sounds are reproduced on YouTube. In the exhibition, “ASMRtists” like Haircut Harry simply cuts hair and softly chats, while graphic designer ASMRctica hand-draws maps while whispering with a Swedish accent and sucking on a cough drop. As the exhibition curators note, those techniques have also been co-opted by brands like Pokémon and Ikea by adding ASMR triggers like whispering and rustling to ads.

The exhibition delves into some negative aspects of the movement, including the lack of gender parity. However, it largely sees it as a positive thing.

“ASMR injects the internet with softness, kindness and empathy,” according to the curators. “As a form of digital intimacy, it offers comfort on demand, standing against the feeling of isolation that constant connectivity can deceptively breed. Anecdotally, ASMR is being used as a form of self-medication against the effects of loneliness, insomnia, stress, and anxiety. This is a cue to its success and to its transcendental appeal.”

On top of the visual and auditory aspects of ASMR, the exhibition offers Instagram face filters, poetry readings in ASMR format and various installations and paintings. It’s now running until November 2020 in a virtual vernissage format.