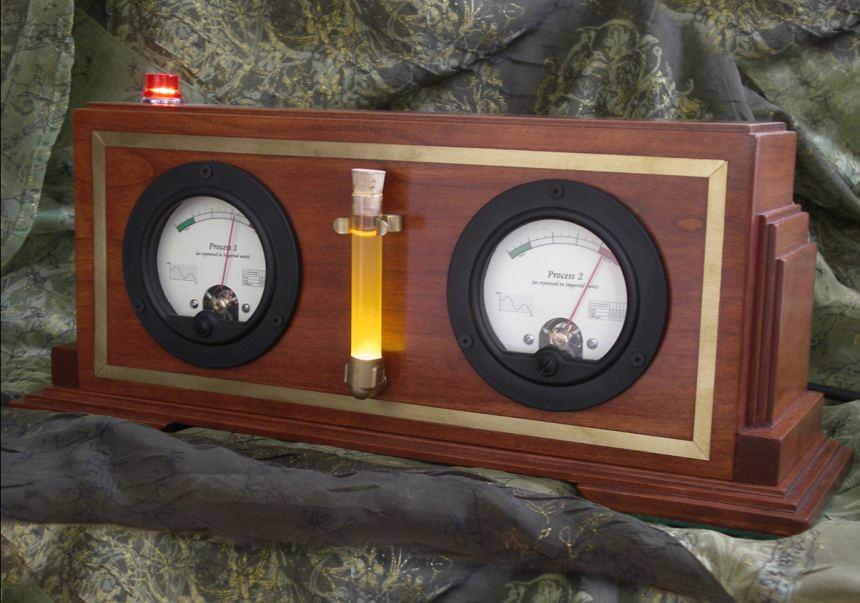 While most of the devices found here on Engadget have digital displays, there's something to be said for an elegant older-style analog dial readout. A clever fellow in Santa Monica, California has just created "The Device: Patented Process Indicating Apparatus," a pair of dials (plus a liquid-like substance along with a big red dot on the top), that will keep track of several things that need metering. That includes anything from "CPU Usage" to eBay Auction Status" to our personal favorite, "The Current GDP of Uzbekistan." From what we can tell, "The Device" connects to your Windows machine (Mac / Linux support is coming soon, apparently) and displays some piece of data generated from your computer or culled from the internet. David Glickman, the Device's creator, hasn't listed a release date nor a retail price for his creation, but we're hoping that one of the dials on his prototype is ticking down to when he's shipping us one. Oh and Mr. Glickman, couldn't you have come up with a better name for this thing -- "The Device" just isn't doing it for us, thanks.
In this article: analog, california, david glickman, DavidGlickman, dials, santa monica, SantaMonica, the device, TheDevice, uzbekistan
All products recommended by Engadget are selected by our editorial team, independent of our parent company. Some of our stories include affiliate links. If you buy something through one of these links, we may earn an affiliate commission.
Share
Tweet
Share