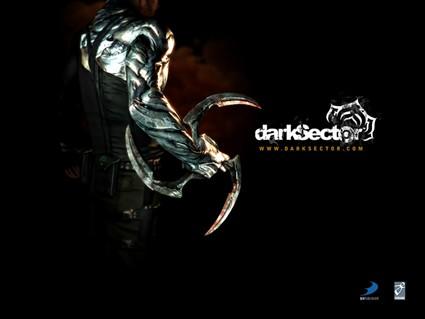 Dark Sector has undergone some significant changes over the years. Way back in 2004, Dark Sector was revealed as the "first" next gen game. It was going to blow our minds whenever the mysterious "Xbox 2" finally showed up. A trailer for the game was released, featuring a man in a cybernetic ninja suit performing sneaking around on a space station. Later trailers revealed that the game was about man reaching the outer edges of our solar system, or "the dark sector." A new trailer is now available on Marketplace, and it's, shall we say, different. It looks like the developers have dropped the space theme altogether, opting instead for Eastern Europe. We know, we know ... space, Eastern Europe, what's the difference, right? Makes perfect sense. Oh, and apparently Dark Sector has something to do with the Cold War now. Oh, oh, and our hero no longer has a cybernetic ninja suit, but is instead infected by something that grants him special powers. He does have a new badass blade thing, though, and that counts for something.

For posterity's sake, we have embedded both the old and new trailers after the break. Watch them both and see how much a game can change in two years.