AT&T and Verizon kick kid phones to the curb 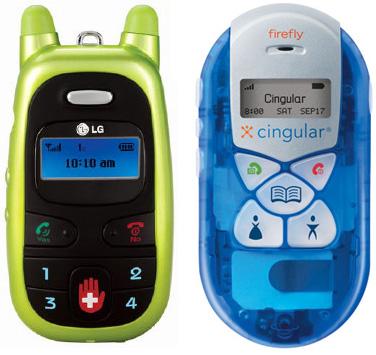 In an announcement sure to make tweens scream and parents sigh, both AT&T and Verizon Wireless have seemingly simultaneously decided to stop featuring their respective kid-centric handsets. Folks interested in Verizon's Migo will now be shown LG's 3450L flip-phone instead, as the company claims that its texting abilities and Chaperone capability will lend itself to being an effective youth-oriented option. As for AT&T, its Firefly mobile will now be sold solely online, but there was no mention of what the carrier planned on offering when paranoid parents showed up looking for a highly controllable device in-store. Of course, both of these phones should remain available in other mass market channels for those still interested, but we're sure your nine-year old kid will be lobbying for something a bit more sophisticated in a few months anyway.

[Via PhoneScoop]
In this article: 3450L, atandt, att, cdma, Chaperone, child, drop, firefly, gsm, kid, kid phone, KidPhone, lg, Migo, mobile, tracing, tracking, verizon wireless, verizonwireless, youth
All products recommended by Engadget are selected by our editorial team, independent of our parent company. Some of our stories include affiliate links. If you buy something through one of these links, we may earn an affiliate commission.
Share
Tweet
Share