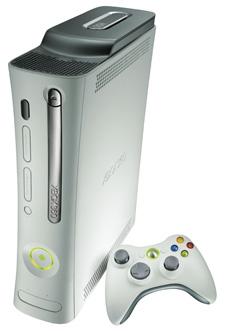 Although the reports are limited to what seems like one thread on the Xbox 360 forums, several Xbox 360 owners are saying that their consoles are starting to stop displaying video. Several users say the screen goes blank during gameplay, and white lines appear at the bottom of the screen, although the audio continues to come through. At least one user reports seeing the red aspect of the color signal failing to come through, with the image then failing completely. It sounds like most users with the problem are encountering this after a fair degree of time with the console, after no previous problems. For now, we'll just have to add this problem to the list of other technical issues with Xbox 360: hopefully it won't go any further than the current anecdotal evidence.

In this article: Black screen, BlackScreen, Xbox 360, Xbox360
All products recommended by Engadget are selected by our editorial team, independent of our parent company. Some of our stories include affiliate links. If you buy something through one of these links, we may earn an affiliate commission.
Share
Tweet
Share