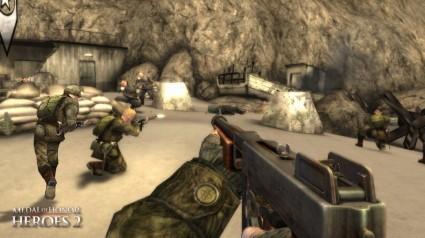 Gamespot UK has a new batch of Medal of Honor Heroes 2 screenshots showing off the standard WWII action the series is known for. The screens look pretty darn good for a PSP game, though the resolution they were released at is a little suspicious. Whenever a company releases screenshots at a much higher resolution than the system is capable of, its hard to tell if they're legitimate images or just another example of a 'bullshot'.
In this article: medalofhonor, medalofhonorheroes2
All products recommended by Engadget are selected by our editorial team, independent of our parent company. Some of our stories include affiliate links. If you buy something through one of these links, we may earn an affiliate commission.
Share
Tweet
Share