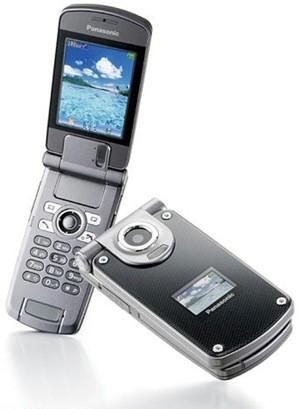 We kid you not. Panasonic is working on a new low-voltage (1.5v) plasma technology which it says will rival OLED displays in brightness, thinness, and contrast. Better yet, Panasonic claims that its plasmas can be manufactured for "much less money" than OLEDs. Panny already has plans to include their new plasma displays in cellphones for use with AT&T's Mobile TV service, gas pumps, ATMs, and on HP printers under a new exclusive two-year deal. Color us impressed if the new displays look anything like the 3.5-inch, 854 x 480 pixel Viera phone instead of that anemic looking phone pictured above which accompanied the press release.

Update: Looks like this is a late, poorly-executed April Fool's joke. More here.
In this article: att, att mobile tv, AttMobileTv, hp, mobile tv, MobileTv, oled, panasonic, pdp, plasma
All products recommended by Engadget are selected by our editorial team, independent of our parent company. Some of our stories include affiliate links. If you buy something through one of these links, we may earn an affiliate commission.
Share
Tweet
Share