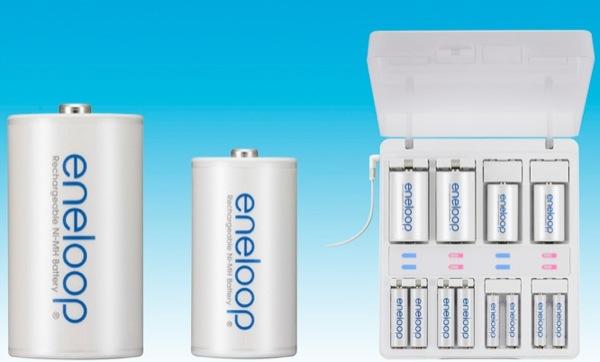 Ever seen a toy robot low on batteries? It's sad, sadder than the shredded flesh and bone caked between its servos. Unfortunately, modern gear chews through disposable batteries faster than the time it takes to make a hippie cry. Enter Sanyo, which today finally announces its new rechargeable C and D-sized Eneloop batteries. This ain't the same, sad Ni-MH rechargeable tech found in yo mama's pager battery -- you know, the one that beeps and makes people think she's backing up... Oh! Eneloops come pre-charged, maintain that charge in the drawer, and can be recharged a thousand times without any of that lame memory effect. Available initially on September 12th in Japan before breaking out for global distribution.

[Via I4U]
In this article: battery, C, D, eneloop, japan, rechargeable, sanyo
All products recommended by Engadget are selected by our editorial team, independent of our parent company. Some of our stories include affiliate links. If you buy something through one of these links, we may earn an affiliate commission.
Share
Tweet
Share