Poll: How did you watch Lost? 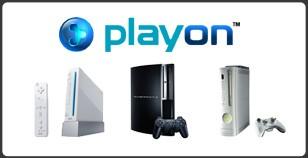 Just in time to ease worries that your Xbox 360, PlayStation 3 or other DLNA-capable device was falling behind the Roku video player in video capability, MediaMall has updated its PlayOn software for Amazon Video On Demand access. Version 2.59.3352 went out earlier today and also enables a beta version of its plugin system, that should allow interested providers to put their feeds into the PlayOn browser starting right now with Revision3. What's next? ABC.com on the content side and the Nintendo Wii on the hardware end. Of course, we could've just mentioned the (still working) Hulu to your TV access which is at least enough reason to give it a trial run.
In this article: abc.com, amazon, amazon video on demand, amazon vod, AmazonVideoOnDemand, AmazonVod, dlna, hd, hulu, internet, media mall, MediaMall, play on, play on media server, playon, PlayOnMediaServer, revision 3, Revision3, wii
All products recommended by Engadget are selected by our editorial team, independent of our parent company. Some of our stories include affiliate links. If you buy something through one of these links, we may earn an affiliate commission.
Share
Tweet
Share