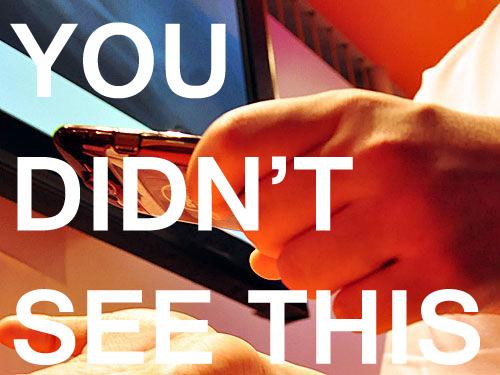 Oh, how we love PR people and their eternal clarifications on things. Apparently, the Dell Mini 3i's appearance at a China Mobile event on Monday was merely a proof of concept, and -- wait for it -- "it wasn't officially, formally introduced so much as it was waved around." Thank you, Dell, for our quote of the week. Unwilling to yet commit to the handset and specs on display, Dell is saying that it was there to support China Mobile in its role as a development partner rather than to promote any retail products. We wouldn't read too much into this supposed refutation -- if the phone were indeed a concept, that'd have been made clear at the show (and it wasn't, based on the original report), and what we're experiencing now feels very much like post-event spin.

[Via Mobile Review]
In this article: Android, China, China Mobile, ChinaMobile, Dell, Dell mini 3i, DellMini3i, mini 3i, Mini3i, OMS, ophone, proof of concept, ProofOfConcept, smartphone
All products recommended by Engadget are selected by our editorial team, independent of our parent company. Some of our stories include affiliate links. If you buy something through one of these links, we may earn an affiliate commission.
Share
Tweet
Share