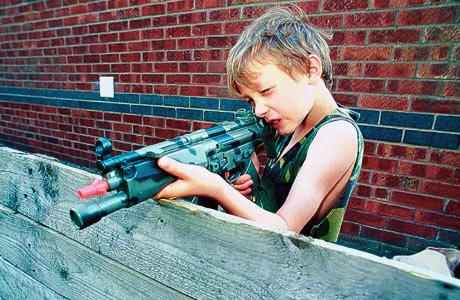 If Infinity Ward's own Prestige Edition of Modern Warfare 2 isn't enough to satisfy your lust for custom hardware, Mad Catz is ready to pick up the slack with no less than ten MW2-branded peripherals. The crown jewel to the set will be the Combat Controller, which will have a couple of extra buttons, but more importantly, is likely the gamepad Robert Bowling was tweeting about last month. Come this November, you'll also be able to talk smack via a Throat Communicator on the 360 or a more mundane Bluetooth Headset on the PS3, add Skinz to your controllers and Microsoft console, and even your neglected PC can be enriched with an Elite Keyboard and Sniper Mouse combo.

Update: IGN has been first to preview the full plethora of goods, and we've got the video for you after the break (Thanks, quasar).

[Via Joystiq]
In this article: Call of Duty, CallOfDuty, controller, game controller, GameController, Infinity Ward, InfinityWard, Mad Catz, MadCatz, Modern Warfare 2, ModernWarfare2, pc, peripherals, playstation 3, Playstation3, skinz, throat communicator, ThroatCommunicator, video, xbox 360, Xbox360
All products recommended by Engadget are selected by our editorial team, independent of our parent company. Some of our stories include affiliate links. If you buy something through one of these links, we may earn an affiliate commission.
Share
Tweet
Share