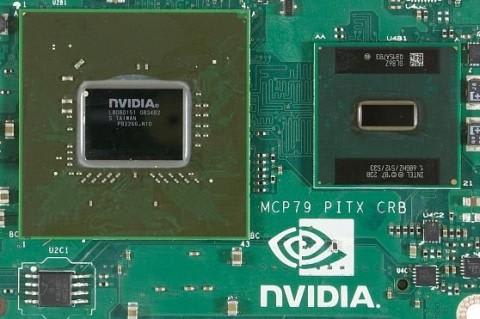 Don't let NVIDIA's recent announcement that they'll be steering clear of Intel DMI CPUs get you down, man. According to the fine folks at Fudzilla, the company will indeed unveil its Ion 2 chipset before the year's end. The second-generation platform is said to feature much faster graphics, over twice the shaders, a smaller die, and support for the VIA Nano as well as the usual compliment of Pentium 4-compatible CPUs. No word yet from the company itself, but you'll know as soon as we do. Promise.

[Via SlashGear]
In this article: atom, intel, intel atom, IntelAtom, ion, ion 2, Ion2, nvidia, nvidia ion, nvidia ion 2, NvidiaIon, NvidiaIon2, rumor
All products recommended by Engadget are selected by our editorial team, independent of our parent company. Some of our stories include affiliate links. If you buy something through one of these links, we may earn an affiliate commission.
Share
Tweet
Share