For those of you looking to put your '80s singing chops to the test, it would appear that iNiS will be offering you just that chance if a recent ESRB listing for a fourth installment in the Lips series is to be believed. "Lips: I (Heart) the 80s" was recently spotted by IGN over on the ratings website, sporting a description that reveals at least two tracks from the 1980s-centric title -- The Police's "Roxanne" and Rick James' "Super Freak."

The game is also said to feature "depictions of men and women in revealing outfits performing provocative choreography -- for example, women in negligees, black bras, panties dancing inside a classroom; large amounts of exposed cleavage, some grinding dance moves; and background images of storefronts/signs reading '25 cent Peepshows,' 'Live Sex Theatre,' and 'Topless Girls Dancing.'" Gosh golly! Regardless, with the recent release of Lips: Party Classics and today's ESRB listing, we have to imagine the official announce of Lips: I (Heart) the 80s is just around the corner. We'll be prepping our boom boxes with plenty of Public Enemy until then.

In this article: esrb, inis, karaoke, lips, lips-i-heart-the-80s, lips-party-classics, Microsoft, microsoft-game-studios, music, music-games, public-enemy, rhythm, rick-james, roxanne, superfreak, the-police, Xbox-360
All products recommended by Engadget are selected by our editorial team, independent of our parent company. Some of our stories include affiliate links. If you buy something through one of these links, we may earn an affiliate commission.
Share
Tweet
Share 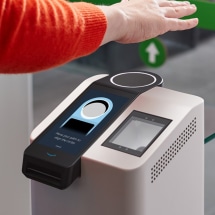