Roku is getting free live news, starting with ABC 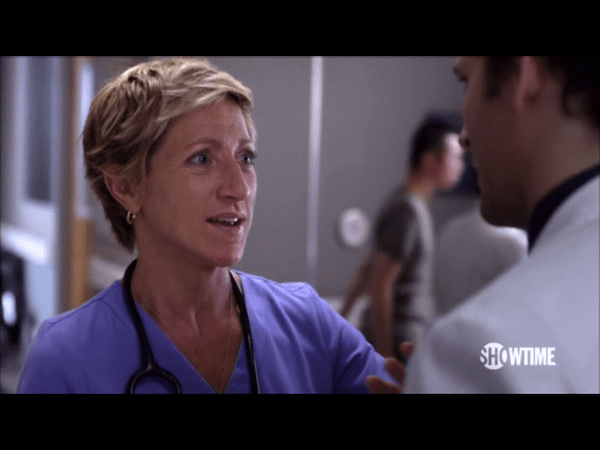 We totally would have had this roundup done earlier, but we were just way too busy watching TV on our iPads. Let's face it, as fun as those social networking and gaming applications are (sorry, utility apps -- no fun for you!) sometimes you just want to sit back, rest those fingers and soak in some drama. The iPad's 9.7-inch, 1024 x 768-resolution screen certainly looks nice when reading books and browsing the web, but you haven't seen anything until you get some HD content playing. Though we may never get over the fact that we can't watch Flash video in the browser, the following apps are just what the doctor ordered to ease the pain and turn Apple's tablet into a portable media viewing machine. What are you waiting for? Hop on past the break already, and then kindly let us know if you've come up with a good way to prop up the iPad so you can watch all that video goodness while laying down.

ABC Player (free) - While we wait for Hulu to join the app brigade, ABC's offering will certainly tide over primetime comedy and drama junkies. If you are familiar with ABC.com's interface for catching up on missed episodes, the iPad app will feel like home – you can browse through clips / full length shows and stream the HD versions to boot. We've had no issues streaming Modern Family, Lost and Grey's Anatomy over WiFi and Verizon's 3G, but come on ABC, do you really have to place ads in the most inopportune scenes? In all seriousness though, it's hard to argue about the price or quality here. [See in iTunes]

YouTube (preloaded / free) – Obviously this is one doesn't need much of an introduction. You won't be able to catch full-length movies or shows here (or at least not legally), but Apple's so sure that you'll tune into some viral videos on the bigger screen that it has gone and preloaded the app. The interface is much like the iPhone's, and webpage embedded YouTube videos do in fact launch the player. We've been enjoying the app for playing music videos and, of course, re-watching Charlie Bit My Finger ad nausem. If you're on the search for new content, the most viewed tab gives you a nice grid view of those wild and crazy vids. Oh, and yes -- it'll stream in HD where it can.

Netflix (free) – Ah, now this is more like it! Netflix has officially entered the app game, and it's everything you've ever dreamt of... if you're a Netflix subscriber. We logged into our Netflix account, and in all honesty felt a bit overwhelmed by the sheer number of movies and TV shows that we could watch instantly. We wish episodes were quicker to load -- it took about 25 seconds to load A League of Their Own -- but after that it was smooth sailing and the video looked incredibly crisp. Other than the 30 second rewind button, which is useful if someone comes along and interrupts your viewing, Netflix seems to be using the Apple's on-board video player. There are some minor software glitches, and we do think they could have done a bit more to spice up the browsing interface, but in truth, none of that ever stood in the way of letting us watch what we wanted, when we wanted. [See in iTunes]

Sony Pictures (free) – We debated including Sony Pictures' app in this roundup considering you can only watch recent movie trailers, but its interface is just so fun that it was hard to leave it out. Here's where we admit that we spent a few minutes spinning around the digital film reel, and when it finally landed on the upcoming Karate Kid trailer, we didn't think twice about launching it at full screen. Don't judge. All the high-def trailers looked stunning, but this is app is in no way a must-have -- frankly, its appeal fades after a few minutes. [See in iTunes]

iTunes (preloaded / free) - We couldn't round up the best applications for watching video on the iPad without mentioning Apple's very own video download service. Both the interface and selection are everything you're accustomed to, and seven minutes was all it took to download the latest episode of Nurse Jackie over WiFi. Like most of the other apps, we can only describe the downloaded videos as stunning and incredibly vivid on the 9.7-inch display. Oh, and we should also note that all of the apps that use Apple's player have a one touch full-screen button that zooms in on the content and removes the letterbox.

TVUPlayer ($4.99) - Of all of the iPad apps, TVUPlayer is one of the only ones that streams a selection of live TV -- 'tis a shame there's not more quality channels to chose from. While both the paid and free apps have a selection of stations from across the world, most of them are local programming. We picked up a decent standard def stream of FOX 11 in Los Angeles, but that was really about all we found in terms of solid network news programing. We also tuned into a European soccer match on an Italian station, but we encountered quite a bit of buffering before we got some decent quality video. We're gonna say keep your five bucks on this one. [See in iTunes]