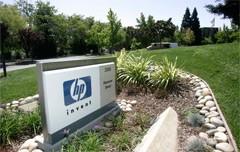 And to think -- that $2.3 billion figure might have been a few million higher if not for the absurd Golden Parachute that Mark Hurd will continue to float on for centuries to come. All jesting aside, HP published its Q3 2010 financials today, reporting a healthy $2.3b in operating profit (not to be confused with net income, which deducts those massive corporate taxes) and a five percent increase year-over-year. All told, third quarter revenue was listed at $30.7 billion (an 11.4 percent uptick from last year), with a "record" amount of services signings. Interestingly, a whopping 63 percent of total HP revenue came from outside of America, though we're struggling to find any specific mentions of Hurd or Palm in the release (embedded after the break). We'll be checking in on the press call shortly -- we'll let you know if anything crazy goes down.

"We raised our full-year outlook and are continuing to build momentum in driving out costs, investing for profitable growth and capitalizing on HP's competitive advantages in the marketplace."

Services revenue increased 1% to $8.6 billion. Infrastructure Technology Outsourcing revenue and Business Process Outsourcing each increased 1%, while revenue in Technology Services declined roughly 1%. Application Services revenue was up 4% versus the prior-year period. Operating profit was $1.4 billion, or 15.9% of revenue, up from $1.3 billion, or 15.3% of revenue, in the prior-year period.

Enterprise Storage and Servers (ESS) reported total revenue of $4.4 billion, up 19%. Industry Standard Server revenue increased 31%, while Storage revenue increased 10% and Business Critical Systems revenue declined 15%. ESS blade revenue was up 29%. Operating profit was $549 million, or 12.3% of revenue, up from $381 million, or 10.2% of revenue, in the prior-year period.

Imaging and Printing Group (IPG) revenue increased 9% to $6.2 billion. Supplies revenue was up 5%, while Commercial hardware revenue and Consumer hardware revenue increased 28% and 4%, respectively. Printer unit shipments increased 16%, with Commercial printer hardware units up 44% and Consumer printer hardware units up 9%. Operating profit was $1.0 billion, or 16.9% of revenue, versus $960 million, or 17.0% of revenue, in the prior-year period.

ProCurve revenue increased 42%, and HP Networking overall increased 198% year over year including the impact of the 3Com acquisition.

HP generated $3.3 billion in cash flow from operations for the third quarter. Inventory ended the quarter at $7.2 billion, with days of inventory up to 28 from 25 in the prior-year period. Accounts receivable of $15.6 billion was down 2 days year over year. Accounts payable ended the quarter at $14.9 billion, up 2 days over the prior-year period. HP's dividend payment of $0.08 per share in the third quarter resulted in cash usage of $205 million. HP also utilized $2.6 billion of cash during the quarter to repurchase approximately 55 million shares of common stock in the open market. HP exited the quarter with $14.8 billion in gross cash.

HP creates new possibilities for technology to have a meaningful impact on people, businesses, governments and society. The world's largest technology company, HP brings together a portfolio that spans printing, personal computing, software, services and IT infrastructure to solve customer problems. More information about HP is available at http://www.hp.com.

In this article: 2010, breaking news, BreakingNews, earnings, earnings report, EarningsReport, financial, financials, hewlett-packard, HP, mark hurd, MarkHurd, palm, q3, q3 2010, Q32010, quarterly earnings, QuarterlyEarnings
All products recommended by Engadget are selected by our editorial team, independent of our parent company. Some of our stories include affiliate links. If you buy something through one of these links, we may earn an affiliate commission.
Share
Tweet
Share