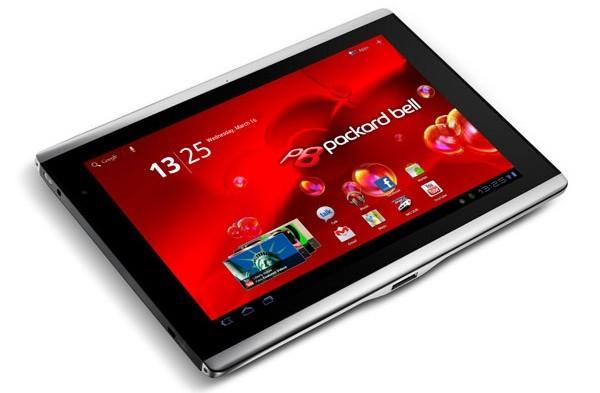 You didn't think that Acer wouldn't be sharing some of its new tablets with its still-kicking Packard Bell subsidiary, did you? The latter has now debuted the Liberty Tab, its own spin on Acer's Iconia Tab A500. As you might expect, however, there aren't many differences beyond the name, with this one packing the same styling, 10-inch screen, Tegra 2 processor, dual cameras, and Honeycomb OS as its more widely-available counterpart. Launch details are still a bit iffy, but you can apparently expect this one to hit Europe sometime in June, with pricing to vary by country. Head on past the break for a hands-on video courtesy of Notebook Italia.

In this article: acer, android, android 3.0, Android3.0, honeycomb, iconia tab, IconiaTab, liberty tab, LibertyTab, packard bell, PackardBell, tablet, video
All products recommended by Engadget are selected by our editorial team, independent of our parent company. Some of our stories include affiliate links. If you buy something through one of these links, we may earn an affiliate commission.
Share
Tweet
Share