DARPA wants to launch and land Gremlins on moving planes

US Air Force chief: Boeing laser "not operationally viable" as far as you know 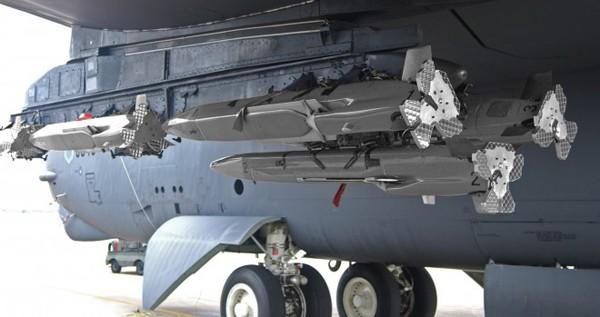 MALDs (miniature air launched decoys), for those of you not up on your wargadgets, are a cross between cruise missiles and aerial drones -- a hybrid used to protect attacking jets by confusing or distracting the enemy during combat. Various branches of the US military have been using them for years, but now one company's figured out a way to unleash hundreds of 'em, creating a veritable drone swarm. Defense contractor Raytheon has developed a system that ejects MALDs from a cargo aircraft, sending clusters of eight missiles into the air, at which point they initiate the standard wing deployment and engine ignition sequence. And, according to Wired, the company is considering putting sensors and warheads inside future MALDs, which would make these swarms more intelligent and, you know, explosive. PR after the break.

MALD is a state-of-the-art, low-cost flight vehicle that is modular, air-launched and programmable. It weighs less than 300 pounds and has a range of approximately 500 nautical miles (about 575 statute miles). The current MALD family includes both the baseline MALD and a stand-in jammer variant called the MALD-J.

"Dispensing the MALD family of weapons from cargo aircraft gives warfighters an important new capability they currently don't have in today's high-threat environment," said Harry Schulte, vice president of Raytheon Missile Systems' Air Warfare Systems product line. "MCALS opens the door for the non-traditional use of a high-capacity aircraft to deliver hundreds of MALDs during a single combat sortie."

MCALS has a steel, birdcage-like framework body that can hold as many as eight MALDs. MCALS is loaded on a standard cargo pallet, placed on a transport aircraft, and at a pre-determined altitude rapidly ejects the MALDs, which then initiate a standard wing deployment and engine ignition sequence.

"MCALS is another example of the innovative and affordable technologies Raytheon engineers are developing to support the warfighter," said Bob Francois, vice president of Raytheon Advanced Missiles and Unmanned Systems.