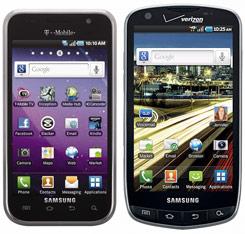 Drama. Rather than leaving well enough alone -- at least long enough for its lawyers to properly enjoy the Independence Day weekend -- Apple has seemingly kicked its ongoing legal battle with Samsung up a notch. According to a filing discovered by FOSS Patents, the perturbed in Cupertino have filed a motion for a preliminary injunction with the US District Court for the Northern District of California. Interestingly, the motion hones in on just four devices: the Infuse 4G, Galaxy S 4G, Droid Charge, and Galaxy Tab 10.1. It's a pretty bold move on Apple's part -- if this thing holds, and it's determined that the aforesaid products may well indeed be infringing on Apple's rights, Sammy could be forced to yank those products from US shelves within a couple of months. If it falls through, however, Apple's entire case will likely take a serious hit. We'd ponder why everyone can't just get along, but at this point, we're guessing the act of forgiveness has become a foreign concept for both parties.

In this article: apple, court, Droid Charge, DroidCharge, galaxy s, Galaxy S 4G, Galaxy Tab 10.1, GalaxyS, GalaxyS4g, GalaxyTab10.1, Infuse 4G, Infuse4g, injunction, intellectual property, IntellectualProperty, IP, ipad, ipad 2, Ipad2, lawsuit, legal, sales, samsung, sue, suit
All products recommended by Engadget are selected by our editorial team, independent of our parent company. Some of our stories include affiliate links. If you buy something through one of these links, we may earn an affiliate commission.
Share
Tweet
Share