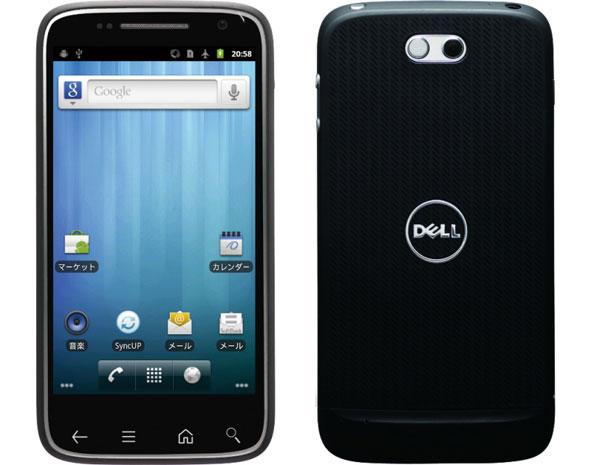 Dell Streak Pro 101DL. Just rolls off the tongue, doesn't it? Clumsy naming aside, this power-laden handset's just been officially outed by Japanese carrier Softbank, where'll it bow sometime next January. So, what sort of mobile media tour de force can you look forward to early next year? Try a 4.3-inch qHD Super AMOLED Plus display vividly showcasing a skinned version of the now ubiquitous Android 2.3, all running atop a dual-core 1.5GHz Qualcomm MSM8260 processor. There's also the usual array of WiFi, Bluetooth, GPS and dual cameras on board (1.3 megapixel front-facing / 8 megapixel rear), with planned support for Dell's SyncUp cloud storage in the works. Of course, the phone delivers up to 14Mbps down via the network's WCDMA 2100MHz frequency, but you globe-trotting folk can always take advantage of the included quad-band GSM / WCDMA radios. As with all things pre-released, certain specs can still change before the ringing in of our new year. Let's just keep our toes crossed that one of those potential alterations is a frozen mobile OS dessert. Get a gander of the coming soon gadget in the videos after the break.