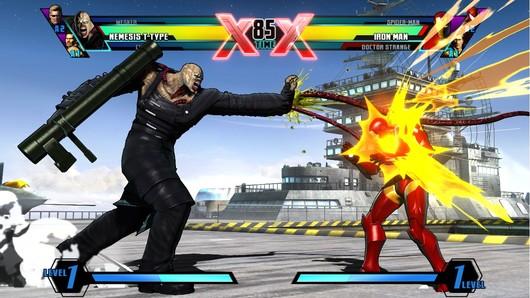 Our long-time hate for Capcom's fighting game bosses knows no bounds, but we're not above playing as one of the overpowered baddies ourselves to destroy friends. It looks like Ultimate Marvel vs Capcom 3 will allow us to do just that, with Capcom strategy manager Seth Killian today revealing during New York Comic Con that Galactus will become playable in the upcoming Ultimate version of MvC3.

Rather than becoming a player in the main roster, Galactus will apparently be getting "his own little mode" in UMvC3. We'll be sure to track down Killian for more details as soon as we can, but take that for what it's worth for now.
In this article: capcom, galactus, marvel, microsoft, nycc, nycc-2011, playstation, playstation-vita, ps3, seth-killian, ultimate-marvel-vs-capcom-3, vita, xbox
All products recommended by Engadget are selected by our editorial team, independent of our parent company. Some of our stories include affiliate links. If you buy something through one of these links, we may earn an affiliate commission.
Share
Tweet
Share