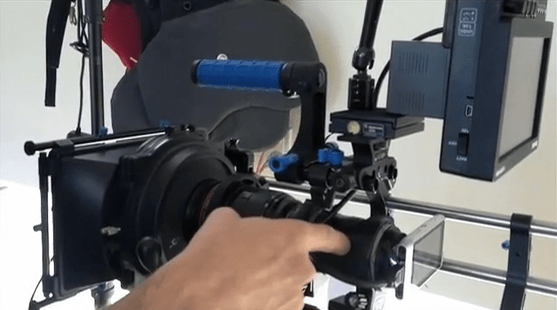 Sure, your smartphone might shoot HD, you might even have a dolly, but most of us know that 30 seconds of accidental filming inside a pocket and a blurry clip from the office party are about the best we can hope for. Not director Hooman Khalili. He made a feature length film using his trusty Nokia N8 and a custom lens, and now plans to show it in movie theaters. The film, called Olive, tells the story of a mute little girl, and the impact she has on the lives of those who meet her. Partly financed by the former Facebook CPO Chris Kelly, this Kickstarter story has the making of a movie itself. Should it raise the required $300k in funding, Khalili hopes it might even get a sniff by the Academy. That's assuming, of course, they've had a recent change of policy. For a sneak peak and a look at the making of, check the video after the break.

In this article: 1080p, 720p, Branjolina, cinema, dolly, feature film, FeatureFilm, hd, kickstarter, little caesars, LittleCaesars, movie, nokia, Nokia N8, NokiaN8, olive, oscars, smartphone, theater, video
All products recommended by Engadget are selected by our editorial team, independent of our parent company. Some of our stories include affiliate links. If you buy something through one of these links, we may earn an affiliate commission.
Share
Tweet
Share