Latest in Base station

Phi: a wireless re-routing card that puts you in control of the airwaves (video) 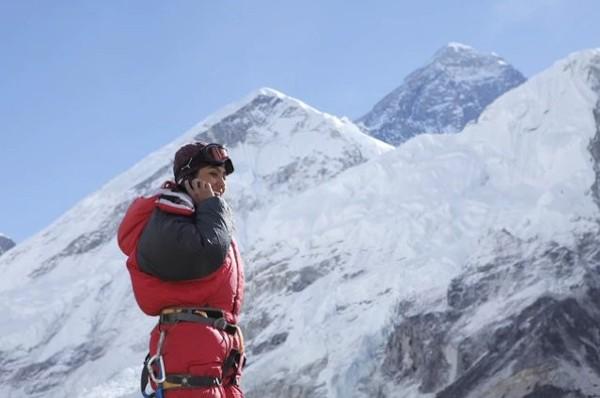 So, Nokia Siemens Networks wasn't fibbing when it said it would re-focus its efforts on mobile broadband. It's just announced a 'six pipe' radio head upgrade for time division LTE (TD-LTE) base stations that can boost capacity by 80 percent and coverage by 40 percent compared to a traditional three-sector site. Alternatively, the same replacement can be used to reduce a station's running costs, by allowing it to cover three sectors using a single radio head. As far as we're concerned, anything that recalls OK Computer is a good thing, but if it speeds up carriers' shift to LTE then it's even better. Meanwhile, for those who still want to invest in CDMA, Nokia Siemens is pushing it's 1X Advanced technology, which also promises big improvements in voice and data capacity as well as energy efficiency. Read on for more technical details in a PR double-shot.

Nokia Siemens Networks has introduced a Liquid Radio-based '6 pipes' remote radio head* that uses the company's unique pipe approach to offer unprecedented flexibility in delivering TD-LTE.
"Our new, high-capacity 6 pipes remote radio head is a great addition to our TD-LTE RAN (Radio Access Network) portfolio and promises to take the TD-LTE experience to the next level," said Tommi Uitto, head of the LTE radio access business line at Nokia Siemens Networks. "In addition to enabling a more flexible approach to TD-LTE, the new product delivers much higher throughput and lower latency than other offerings, to enable higher data speeds. Subscribers can thus enjoy the same level of mobile broadband, anywhere and everywhere, no matter what applications they're using."

By covering three sectors with a single radio head**, operators can reduce site costs by up to one-third. It is the first remote radio head that can support a 6-sector TD-LTE site to deliver 80% more capacity and 40% more coverage as compared to traditional 3-sector sites. This enables higher data speeds, and reduces total cost of ownership by 40%.

Nokia Siemens Networks' pipe concept offers a cost-effective, future-proof alternative to the current 'path'-based approaches, allowing more flexible allocation of sectors, carriers and transmit and receive channels by a base station. It can do multiple configurations, starting with a simple, low-cost, 3-sector site configuration and scaling to a high-capacity, 6-sector site configuration, when needed. Further, a simple software upgrade offers a smooth evolution path to LTE-Advanced.

Nokia Siemens Networks' 6 pipes remote radio head is based on the company's Liquid Radio*** architecture, which self-adapts coverage and capacity based on subscriber demand. The offering's unique 6 pipes beamforming feature mitigates signal loss due to interference****. This helps deliver up to 50% higher data speeds and improved coverage, compared to 4 path radio heads, for subscribers in high-density areas, both indoors and outdoors. This feature also eliminates the need for additional sites, and reduces CAPEX, OPEX and site costs.

The offering is 3GPP standardized and is now commercially available globally.
For further information on TD-LTE, please refer to Nokia Siemens Networks' website. To share your thoughts on the topic, join the discussion on Twitter using #LTE and #LiquidNet.

A new feature from Nokia Siemens Networks allows CDMA operators to offer significantly improved voice quality and coverage, and expand their mobile broadband services, while protecting their network investments. Nokia Siemens Networks is expanding its CDMA2000 portfolio with the launch of 1X Advanced technology, which can triple existing base station capacity when fully implemented. Operators can use this additional capacity to handle much greater volumes of voice or data traffic in dense metros or to improve coverage.

Nokia Siemens Networks' 1X Advanced feature can expand base station capacity in a more energy efficient and cost effective manner. The company's 1X Advanced capable equipment is more power efficient for a given amount of traffic than existing 1X solutions. Implementation is economical, with a simple board upgrade to the existing base-station. Operators will be able to realize even greater performance with future software upgrades.

"We see 1X Advanced as the next step in the evolution of CDMA2000, and are fully committed to investing and building our capabilities in this technology," says Scott Mottonen, head of the CDMA/LTE business line at Nokia Siemens Networks. "As subscriber demand can be quite extreme and variable over time, CDMA operators must be able to improve network performance while keeping costs low. 1X Advanced satisfies this need by offering a cost-effective upgrade of existing network assets, while vastly enhancing quality of experience."