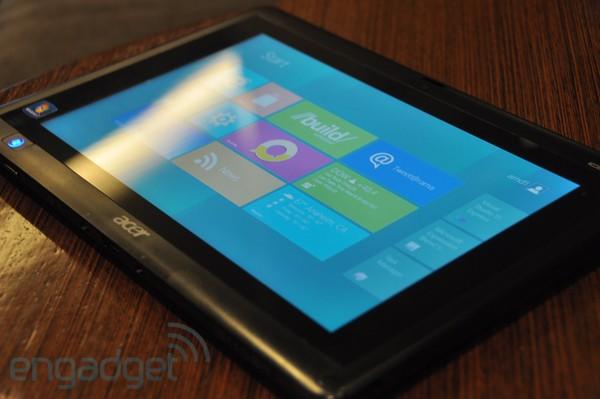 Per usual, we'd highly recommend ingesting this one with a mouthful of salt, but DigiTimes has it that both Acer and Lenovo will be revitalizing tablet PC plans in the latter half of 2012... using Windows 8. Of course, the storyline here isn't as far-fetched as some; Nokia itself is rumored to launch a Win 8-based slate as early as June, while Microsoft could very well out its own branded alternative in Q3 or Q4. According to 'sources from the upstream supply chain,' Intel's Clover Trail platform will be used for both Acer and Lenovo's wares, but those expecting either to take a serious chunk out of the iPad's kingdom will likely be disappointed. Smartly, we're led to believe that these slates will be primarily aimed at enterprise customers, as more and more tablet makers concede the market to the established player(s). Not like Windows 7 tablets ever had much traction outside of that realm, anyway...
In this article: acer, lenovo, microsoft, minipost, rumor, rumored, rumors, slate, tablet, tablet pc, TabletPc, windows, windows 8, windows 8 tablet, Windows8, Windows8Tablet
All products recommended by Engadget are selected by our editorial team, independent of our parent company. Some of our stories include affiliate links. If you buy something through one of these links, we may earn an affiliate commission.
Share
Tweet
Share