Transformer Prime falls at the hands of XDA dev, rooted 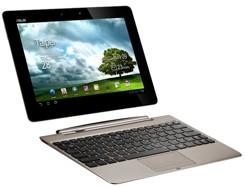 'Twas just days ago that we reported upon developer uproar over the locked bootloader currently taking up residence on the ASUS Transformer Prime -- and now it looks like some of that pain has been alleviated. A tinkerer over at xda-developers has published viperMOD Primer to help you easily root -- or unroot -- your shiny new laptop-tablet hybrid. The software necessary to apply the mod is only available for Windows at the moment, although developer -viperboy- is promising a Linux version in the not-too-distant future. Go ahead, pop the hood on your Prime and take a good look around.

Update: While XDA member -viperboy- created the viperMOD Primer tool, it should be noted that the NachoRoot exploit used by viperMOD was developed by TeamAndIRC.

In this article: -viperboy-, Android, ASUS, boy, mod, Prime, Root, Transformer, Transformer Prime, TransformerPrime, Unroot, viper, viperboy, viperMOD, Wi-Fi, WiFi, XDA, XDA Developers, xda-developers, XdaDevelopers
All products recommended by Engadget are selected by our editorial team, independent of our parent company. Some of our stories include affiliate links. If you buy something through one of these links, we may earn an affiliate commission.
Share
Tweet
Share