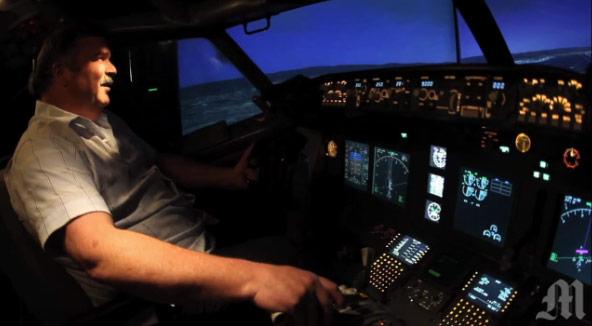 A fresh concept it's not, but a fresh look? Yeah, we'll take that. California resident, air traffic controller, pilot and all-around gentleman James Price has converted the actual nose of a 1969 Boeing 737 into his own personal flight simulator. According to the man himself, he "gutted" the bird, installed "all new" parts, slid it into his garage and... well, took a few minutes to show it to the world. While pretty much any flight sim owner would claim that his or hers was "just like the real thing," it's hard to deny that fact with this one. We're told that it took some three years to complete, and the end result leaves no doubt of James' toiling. Head on past the break for the vid.

In this article: 737, boeing, boeing 737, Boeing737, california, flight, flight sim, flight simulator, FlightSim, FlightSimulator, garage, simulation, simulator, video
All products recommended by Engadget are selected by our editorial team, independent of our parent company. Some of our stories include affiliate links. If you buy something through one of these links, we may earn an affiliate commission.
Share
Tweet
Share