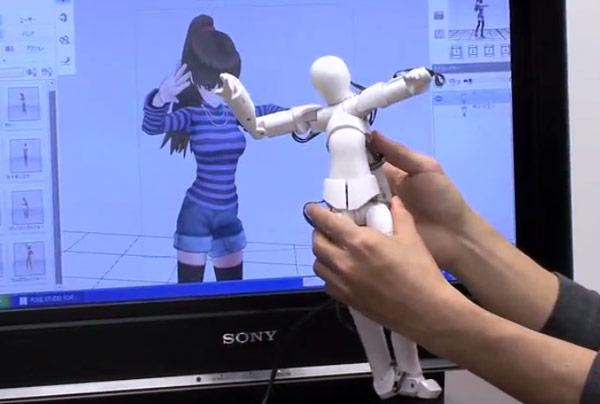 Trying to get convincing, natural poses out of 3D models can be tricky, so it's a relief that two Japanese universities' joint ventures, the University of Electro-Communications' ViVienne and the University of Tsukuba's SoftEther, are close to wrapping up work on their posable mannequin. Now called Qumarion, the model formerly known as QUMA uses 32 sensors across 16 body joints to translate the humanoid statue's pose to the computer screen simply by bending limbs, much like you would the legion of action figures you had when you were eight. Neither you nor your kids will be using Qumarion to storm Fort Barbie anytime soon, but the 120 frames per second sample rate over USB does mean that poses are mirrored in your modeling tools almost instantly. You also won't have much longer to wait to buy one for your fledgling anime production: the mannequin and custom modeling software from Celsys should be bundled together sometime within the summer for a comparatively frugal $750.