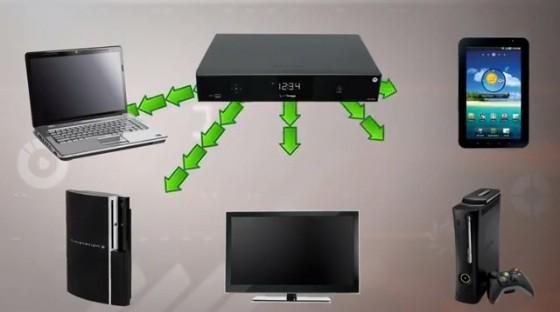 Fall is officially here and we're closing in on the final quarter of 2012, a time when products usually get real or fade into the vapor forever. One that we've been waiting to hear about just got a little more real as the Verizon Media Server (VMS), which Big Red teased last December and promised in 2012, got a little mention in the company's latest comments to the FCC. While attempting to persuade the FCC to standardize an IP content interface and delay the December 2012 deadline, Verizon revealed that the rollout of its new product will begin in the coming months. The full feature set of this server is still unknown, but one interesting feature is its ability to stream multiple high-def stream simultaneously to 3rd party devices connected to your home network. Of course without a industry wide streaming standard -- again, like Verizon is requesting the FCC to ratify -- who knows exactly what devices could be in the mix.

In this article: DLNA, FCC, FiOS, FiOS TV, FiosTv, hdpostcross, hdpostmini, minipost, Verizon, Verizon FiOS, Verizon FiOS TV, Verizon Media Server, VerizonFios, VerizonFiosTv, VerizonMediaServer, VMS
All products recommended by Engadget are selected by our editorial team, independent of our parent company. Some of our stories include affiliate links. If you buy something through one of these links, we may earn an affiliate commission.
Share
Tweet
Share