We wouldn't exactly call the social networking-focused HTC ChaCha (aka Status) and Salsa resounding successes in the smartphone world when they were quickly overshadowed by... just about everything with a Facebook app, really. Still, there have been murmurs of a comeback, and Unwired View's historically reliable @evleaks has obevleakstained specs for what's supposedly the follow-up. The HTC Myst (Myst #UL, to be exact) wouldn't have any special tricks on the surface beyond preloaded Facebook apps, but it could be surprisingly well-equipped for a mid-range Jelly Bean device: a 4.3-inch 720p screen, a dual-core 1.5GHz Snapdragon S4, LTE and 16GB of non-expandable storage would be nothing to sneeze at. About the only sacrifices would be the 1GB of RAM and a potentially UltraPixel-free 5-megapixel rear camera. While there's no guarantee that these details will reflect a shipping device, there's talk of the Myst reaching the US as early as the spring -- we won't have long to learn the truth. Just don't expect that other Myst in the box.

In this article: android, evleaks, facebook, htc, jellybean, leak, mobilepostcross, myst, mystul, rumor, smartphone, SocialNetworking
All products recommended by Engadget are selected by our editorial team, independent of our parent company. Some of our stories include affiliate links. If you buy something through one of these links, we may earn an affiliate commission. 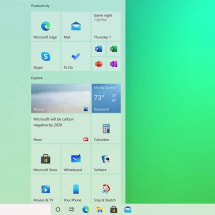