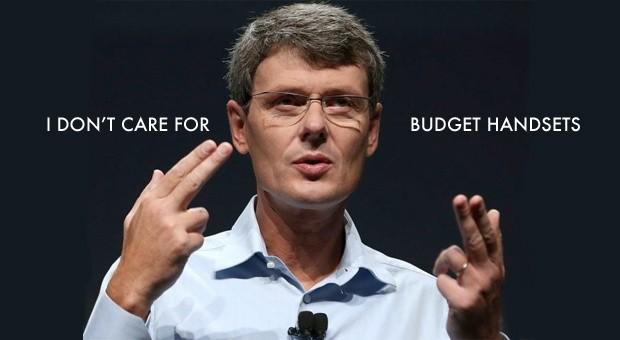 Squint and you'll find a few neat parallels between BlackBerry and Nokia. Both are fallen giants which are staking their livelihoods on a nascent OS, while the former is a Canadian run by a European, and vice-versa. The one point where the pair's philosophies differ, however, is on the low-end market. While Nokia strove to embrace low-end phones like the Asha and the 105. Thorsten Heins has said he has no interest in producing budget phones for the developing world. At a question and answer session at the company's Waterloo HQ, the CEO was quoted as saying "You will not see us getting into the 50-, 60-buck phone segment. This is not BlackBerry." The move might alienate those who thought the Z10's elevated price in places like India was a bit excessive -- but at least Stephen Elop's got something for every wallet size.

In this article: BB10, blackberry, Budget, Business, mobilepostcross, Thorsten Heins, ThorstenHeins
All products recommended by Engadget are selected by our editorial team, independent of our parent company. Some of our stories include affiliate links. If you buy something through one of these links, we may earn an affiliate commission.