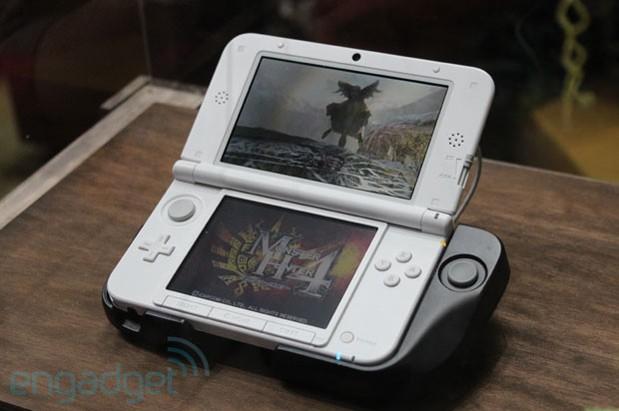 Is it worth adding a lop-sided $20 piece of plastic to your already-substantial 3DS XL in order to gain a second analog thumb stick? It's a good question and finally one worth asking now that Nintendo has announced that the currently Japan-only Circle Pad Pro for the XL will start shipping in the States tomorrow. When we went hands-on last year, we found that it added predictable amounts of girth and also blocked the cartridge port, but compensated by making the handheld more comfortable to use, not least by adding larger shoulder buttons as well as the thumb stick. It's also worth pointing out that the smaller 3DS version of the accessory enabled better controls for left-handed players in Kid Icarus, so there could be some subtler benefits too. We've embedded our hands-on video after the break, so you just need to hold a $20 bill up against your screen and decide which looks better.