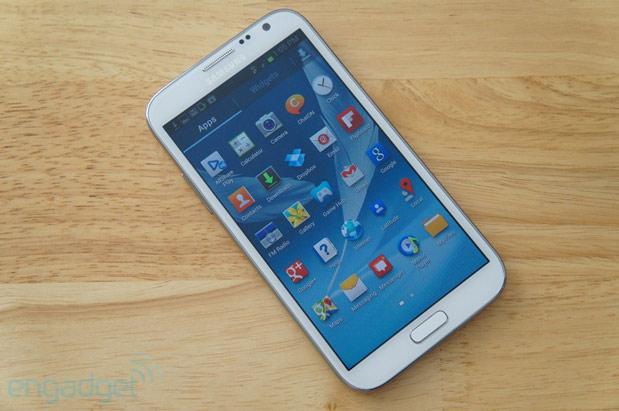 Given the success of the original Galaxy Note and its sequel, there's little doubt a third installment of the super-sized handset line is on Samsung's to-launch list. Korean site ETNews claims to have heard the first legitimate confirmation of the Note III's existence, however, citing a Samsung official as its source. The insider apparently had much to say on plans for the camera, too. It's expected to be a 13-megapixel affair and could see other upgrades over its predecessor, including optical image stabilization and 3x optical zoom. According to the official, no final decisions on the camera have been made yet, but with less than four months to go until IFA (where the previous Notes have debuted), it's probably time to start nailing those specs down.

In this article: galaxynote, galaxynoteIII, leak, mobilepostcross, noteIII, ois, OpticalImageStabilization, rumor, samsung, samsunggalaxynote, samsunggalaxynoteIII
All products recommended by Engadget are selected by our editorial team, independent of our parent company. Some of our stories include affiliate links. If you buy something through one of these links, we may earn an affiliate commission.